What to see and do in Villajoyosa

Villajoyosa is one of the most beautiful villages in the Mediterranean. Its charm, photogenic and seafaring flavour will delight anyone who wishes to discover this colourful corner of the Costa Blanca. 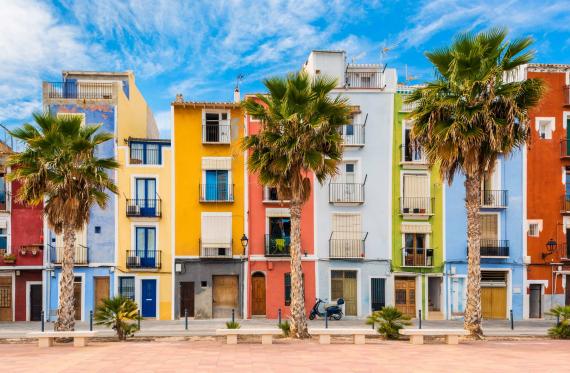 The 7 places you must see in Villajoyosa

Villajoyosa is a charming Mediterranean coastal town, located between Alicante and Benidorm, it is the capital of the Marina Baixa region. This traditional fishing village is considered one of the most beautiful villages in the province of Alicante.

La Vila offers 15 km of coastline full of incredible beaches and coves of all kinds, many of which are Blue Flag beaches, an award that highlights the beaches that meet demanding environmental and service criteria. This award only confirms the commitment of this municipality to offer the visitor quality above all else.

You only have to take a stroll through its picturesque streets to realise that Villajoyosa is full of joviality (as its name suggests) and charm. There are many reasons why this municipality is the ideal place to spend an unforgettable holiday: good weather all year round, heavenly beaches and coves, history and culture everywhere and in general an environment that invites you to relax. 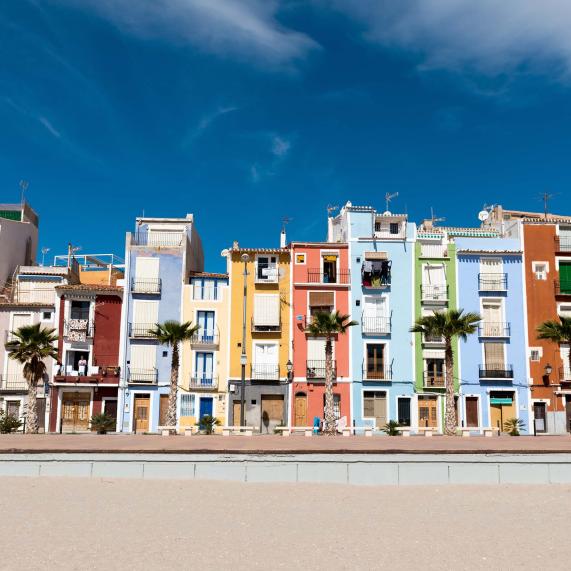 On the beach promenade you will find the houses of the old fishermen who, in order to identify the ones they owned, decided to paint the facades with bright colours, giving life to the promenade of this charming village. You can't miss the most typical postcard of Villajoyosa, have a drink in one of its beach bars and enjoy the incredible views of the promenade. 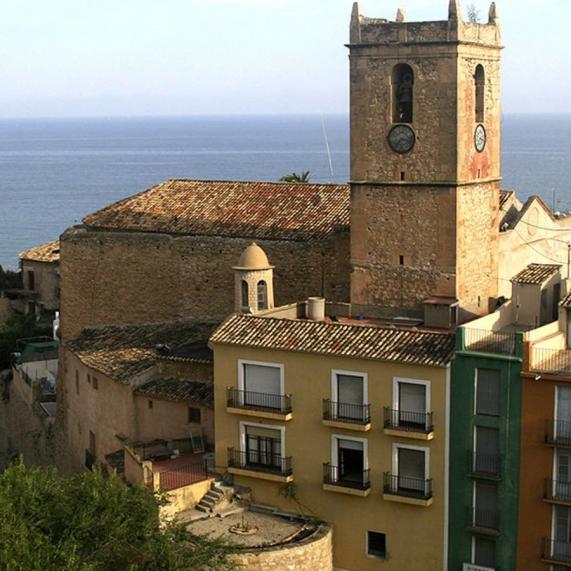 The Church of the Asunción

The old town of Villajoyosa is unique in Spain combining traditional Mediterranean architecture with intense and striking colours for the painting of the facades. Strolling through its picturesque streets aimlessly is the perfect way to discover every corner until you reach the church-fortress of La Asunción. A temple halfway between Gothic and Renaissance that is the starting point of the ancient network of walls that surrounds the entire old part of the city.

Also, don't miss the panoramic view from the bridge that crosses the river Amadorio, the Mallaeta Tower, the ruins of the old castle or the public baths of Allon. An extensive cultural heritage that is evidence of Villajoyosa's long history. 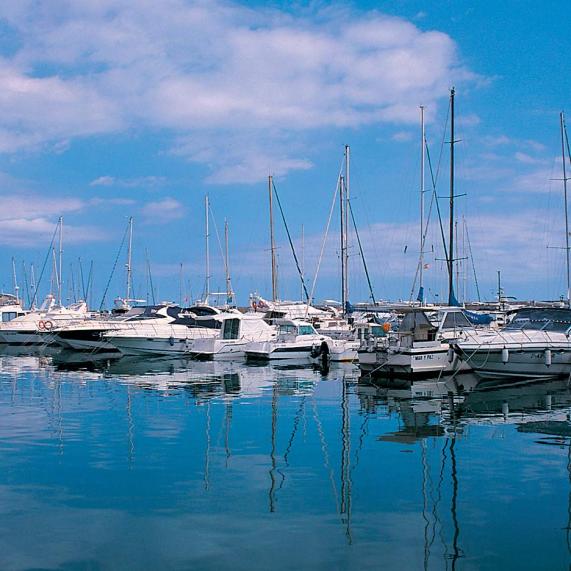 The port of Villajoyosa

If there is one thing that identifies Villajoyosa, it is its sea, and there is nothing better than the seafront promenade to get an idea of how important the relationship between the town and the Mediterranean is. The fish market is one of the most traditional in the whole province and every afternoon it is open to the public so that anyone can come and enjoy the fish auction and get the last catch of the day of the best seafood.

Its Yacht Club is also the ideal place to embark and enjoy a day's sailing along the cliff-lined coastline of the municipality.

Let yourself be carried away by the sea breeze and feel the Mediterranean. 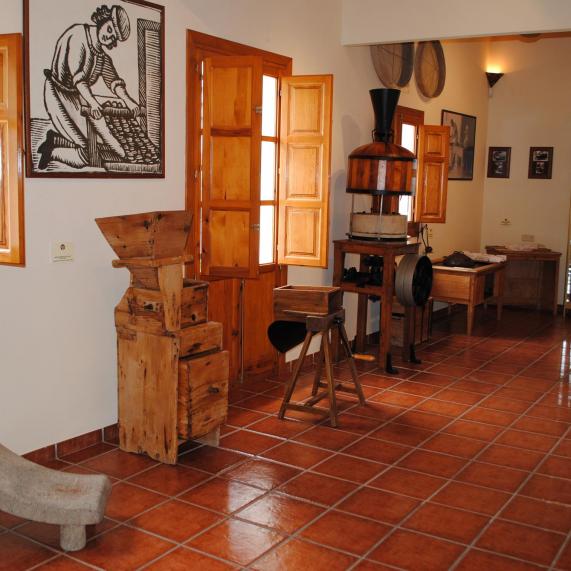 Since the 17th century the chocolate industry has been vital to the development of Villajoyosa. For this reason, a visit to the Valencian Chocolate Museum is a must, where you can learn why this tradition has made the town an international benchmark for this sweet.

Villajoyosa has a wide and varied catalogue of museums to satisfy the curiosity of visitors, such as La Casa Museo la Barbera dels Aragonés or the Vilamuseu which houses an important archaeological, ethnographic and palaeontological collection. 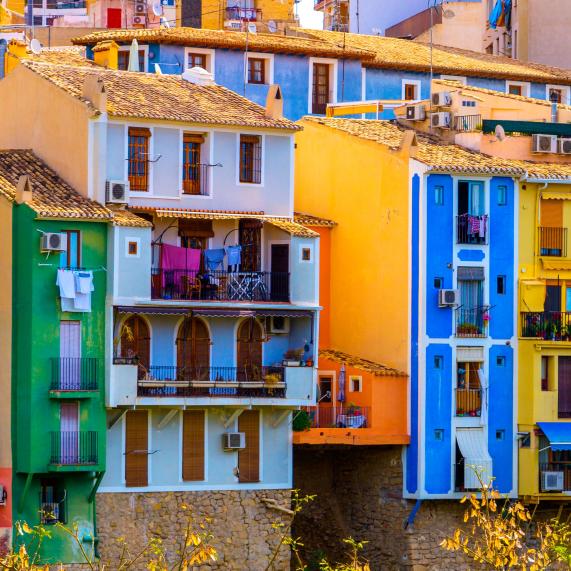 The hanging houses of Villajoyosa

One of the obligatory stops if you go to Villajoyosa are the picturesque hanging houses. They are located along the old city wall, dating from the time of Felipe II, over the river Amadorio. You can enjoy them by taking a pleasant stroll along the path below or from the Old Bridge of Villajoyosa. 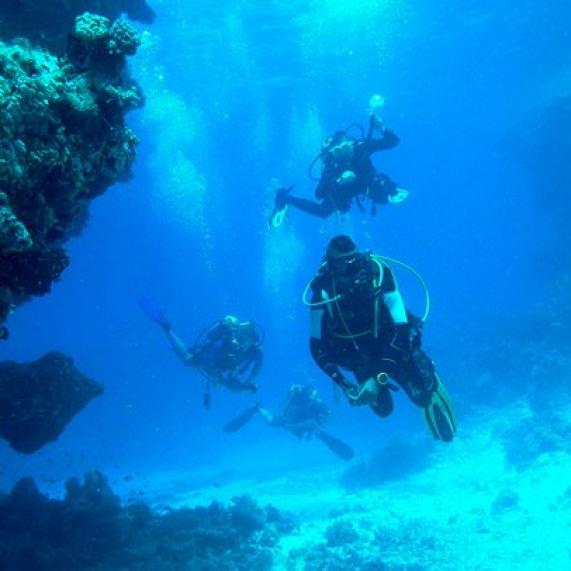 In 1999, two divers named Bou and Ferrer found the remains of a Roman ship sunk in the 1st century A.D. at a depth of more than 25 metres off the coast of Villajoyosa, loaded with thousands of amphorae containing fish sauce.

The discovery of the Roman shipwreck, now known as Bou Ferrer in honour of its discoverers, was a milestone, as at thirty metres long, it was the largest Roman ship excavated in the whole of the Mediterranean.

It is now possible to visit the wreck in organised groups. A unique experience off the coast of La Vila. 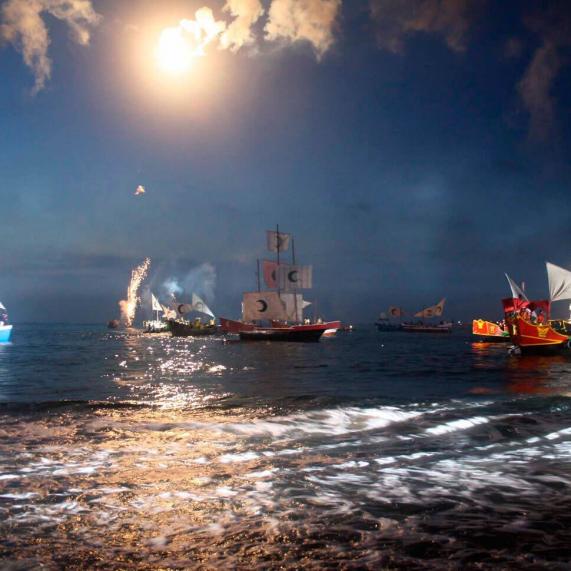 July is one of the best times to visit Villajoyosa, the celebration of the most important festivities of La Vila, the Moors and Christians. Every year, from 24th to 31st July, the town becomes a film set and the village is divided into two sides to recreate the attack of the Barbary pirates and the fight of the locals. Tradition has it that Santa Marta provoked a flood that destroyed the pirate fleet and saved the inhabitants.

The Moors and Christians are characterised by their unique nature, their spectacular nature and their enormous impact, as they are recognised as Festivals of International Tourist Interest.

Among its firework displays and colourful parades, the great disembarkation that takes place at dawn on 28 July stands out. A historical re-enactment in which the Moorish side tries to conquer Villajoyosa from their boats off the coast and meets the Christian army waiting in their camp on the beach to engage in a spectacular and festive pitched battle.

It is a unique experience that will not leave you indifferent. 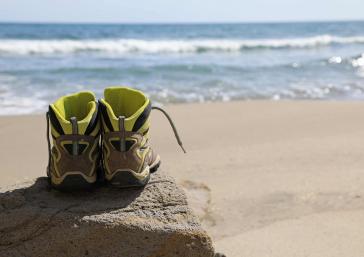 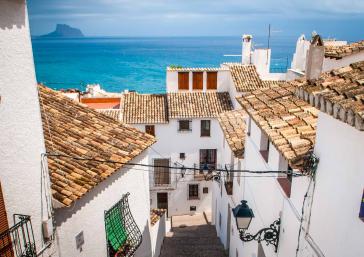 What to see and do on the Costa Blanca 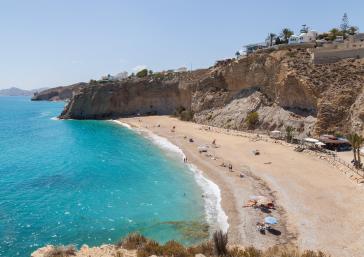 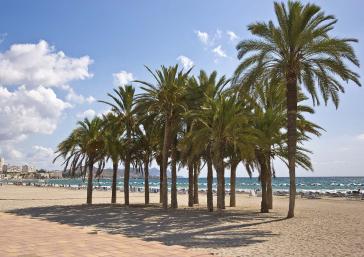