Alicante has endless coves and picturesque beaches where you can enjoy the crystal-clear waters of the Mediterranean at any time of the year. For the people of Alicante, it is difficult to choose a favorite corner among the innumerable landscapes that make up the famous Costa Blanca, but it is true that, if there is a special and paradisiacal place that is hard to find any kind of comparison, that is the island of Tabarca.

With the arrival of summer, this archipelago hatches after long months of peace in which its barely 50 inhabitants live in full connection with nature, to become hosts to hundreds of travelers who come to the island looking for the most authentic version of the Mediterranean.  Tabarca is bright, seaside, tradition and the best Caldero (stews) in the entire province of Alicante. 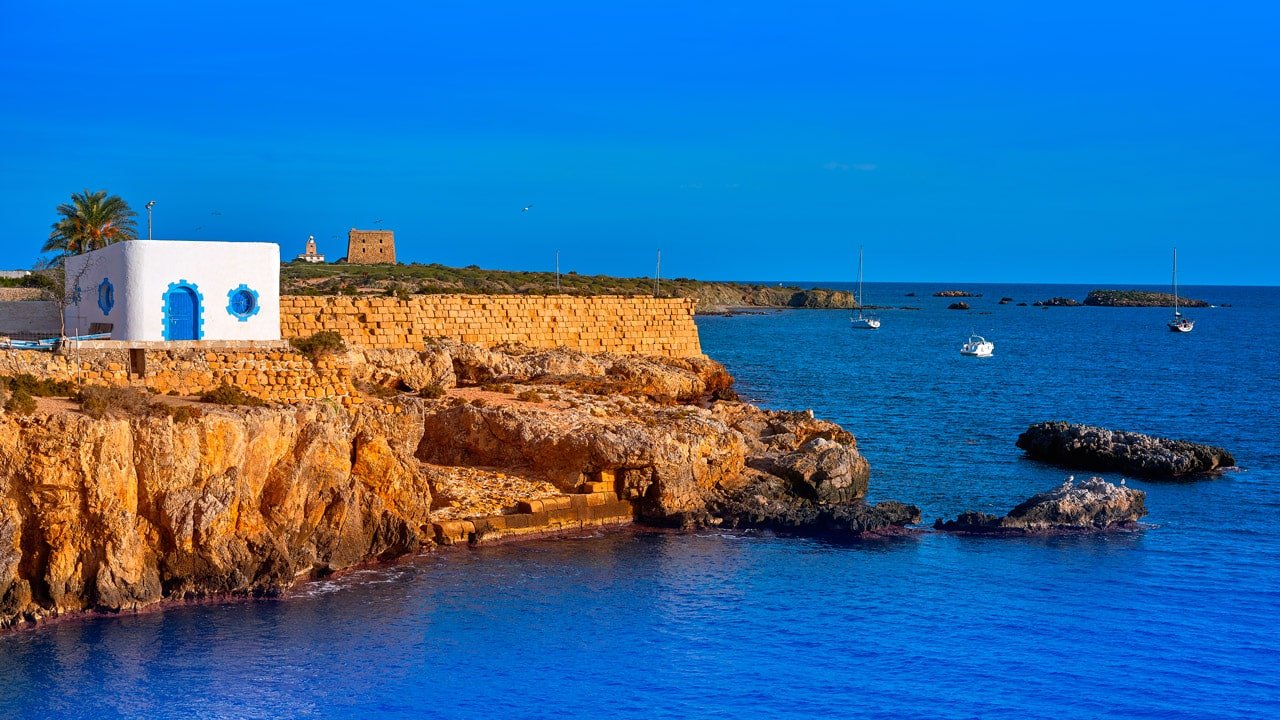 What to do and see on the island of Tabarca?

Tabarca is also nature and culture in abundance. The island is picturesque to say the least, thanks to its white houses and its many unique buildings such as the walls with their monumental portals, the church or the lighthouse. But the true treasure is not visible to the naked eye. This is the seabed that surrounds the island, this caused it to be designated in 1986 as the first Marine Reserve in all of Spain.

For this reason, in addition to going around the island on a paddle surf board or strolling through its alleys to discover its landscapes, its history and its customs, you cannot miss the exceptional experience of immersing yourself and enjoying the typical Posidonia meadows populated with colossal banks. Of fishes. All this without underestimating the punctual presence of dolphins and sea turtles. A Paradise for diving! 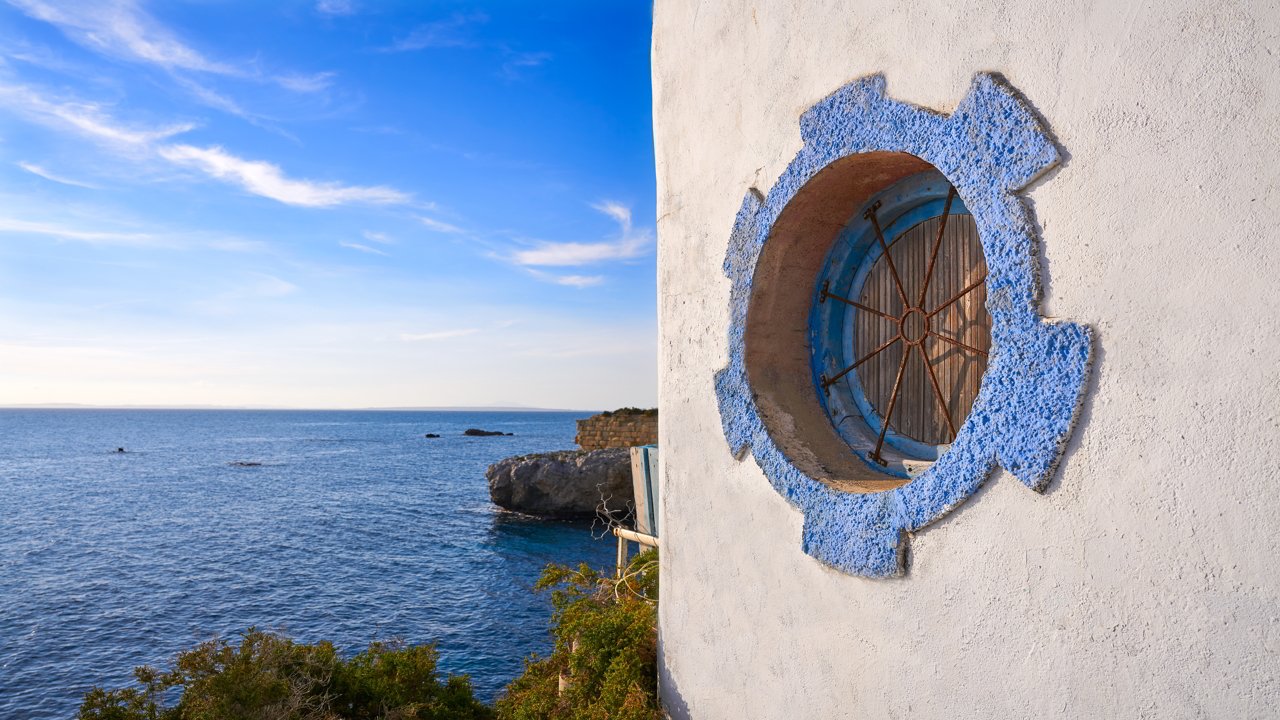 Discover the beautiful beaches of Tabarca

Tabarca is actually a small archipelago, formed by the small islets of La Canea, La Galera and La Nao, that surround a large main island known as Nueva Tabarca or Isla Plana, which in turn is divided into two parts joined by a large main beach of white sand, awarded the prestigious Blue Flag and equipped with sun loungers, umbrellas and all kinds of services.

But the true charm of Tabarca is in its small beaches and coves surrounded by cliffs that dot more than 5 kilometers of the perimeter of the island. Places where you can bathe almost alone and enjoy the clear and calm water so characteristic of Alicante. 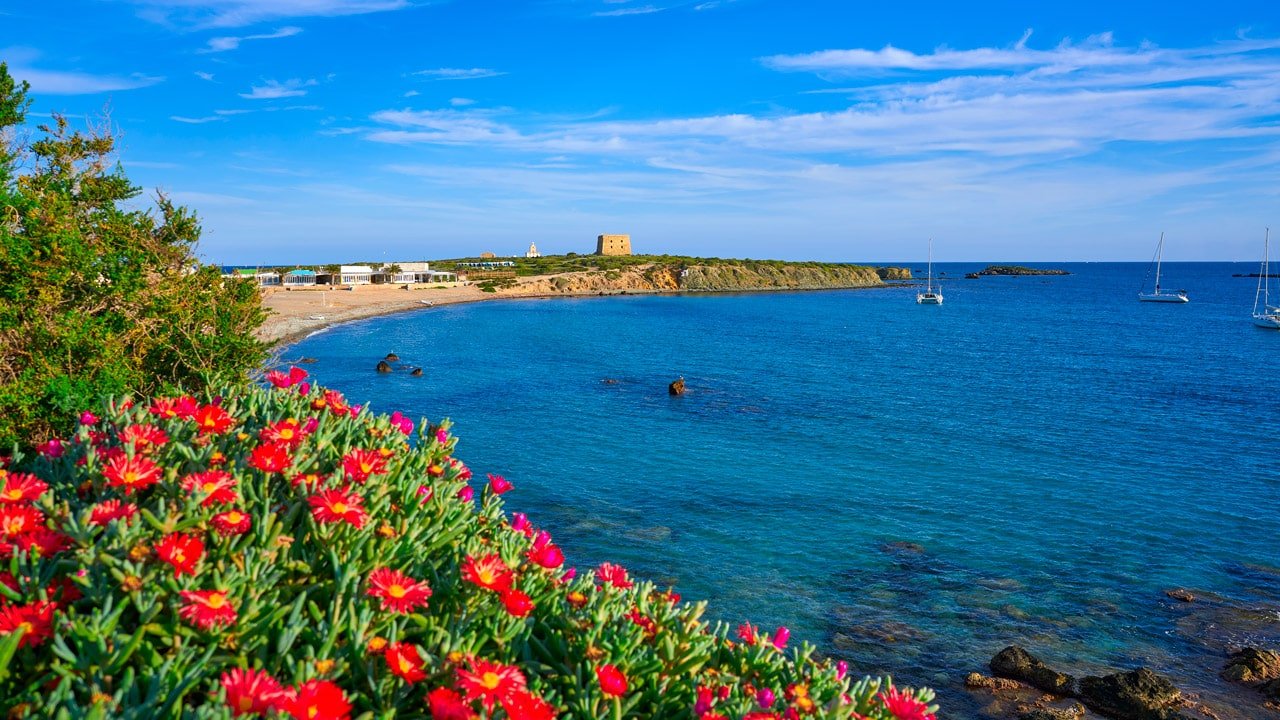 An island with a lot of history

Tabarca was not always part of Alicante! Since the 16th century, the island served as a refuge for the savage Barbary pirates who threatened the ports of the peninsula from North Africa. Its strategic location a few kilometers from the coast made the island an ideal place to regain strength while waiting for nightfall to attack the Christian fishing villages.

King Carlos III decided to put an end to this situation and ordered the island to be fortified in the 18th century by building the walls that are still preserved. But that was not all, he also ordered the construction of an entire fishing village so that 296 fishermen from a

Tunisian city called Tabarka, where they had been imprisoned as slaves, thus giving them a new future. Hence the name of the island! 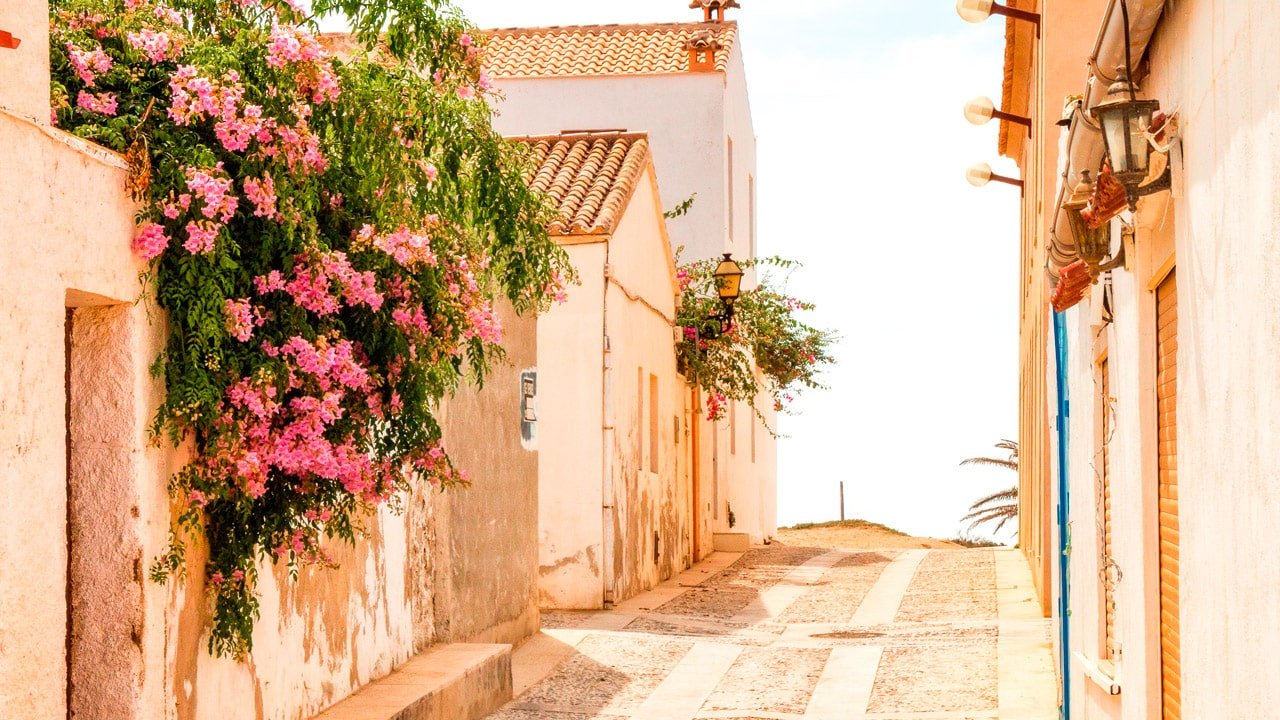 How to get to Tabarca?

By Boat! There is no doubt, unless you are an elite athlete and decide to swim or row to travel the 4.5 kilometers that separate Tabarca from Cabo de Santa Pola.

Sailing to the island is in itself an ideal plan to start enjoying the day. From the Hotel Montíboli, you will have to go to the port of Benidorm, Alicante or Santa Pola to embark for Tabarca. You can always choose to rent a private boat, but the easiest thing will be to choose any of the regular lines that take you to Tabarca almost daily. 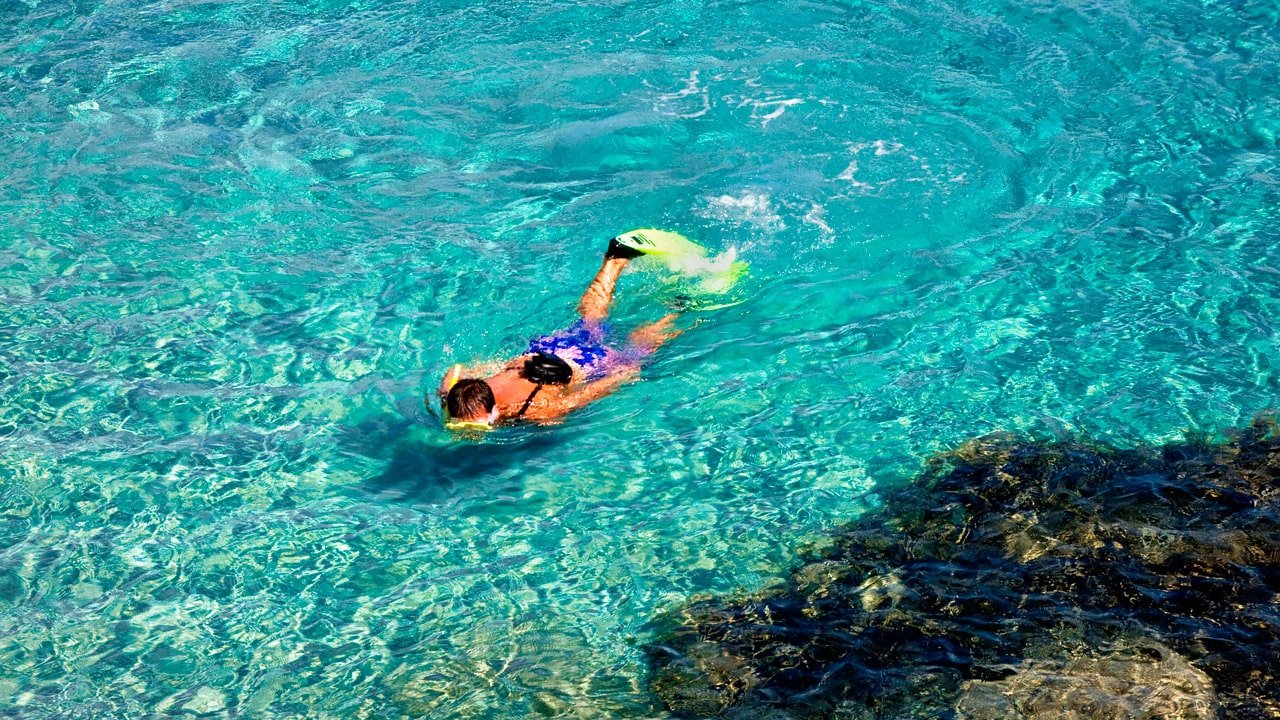 From Benidorm, in high season, boats to Tabarca usually leave between 4 and 5 days a week (according to demand): Monday, Tuesday, Thursday, Friday and Saturday. It is a schedule that is reduced to two days in October and, from November and until spring, this service is not offered. The boats set sail from 10:30 a.m., but the schedules are varied depending on the day. The journey takes approximately one and a quarter hour, and there is the possibility of enjoying a day combined with a stay in Alicante and Tabarca.

The last option is to drive to Santa Pola and take a taxi boat there. The journey is very cheap, as it only lasts about 10 or 15 minutes. You choose! 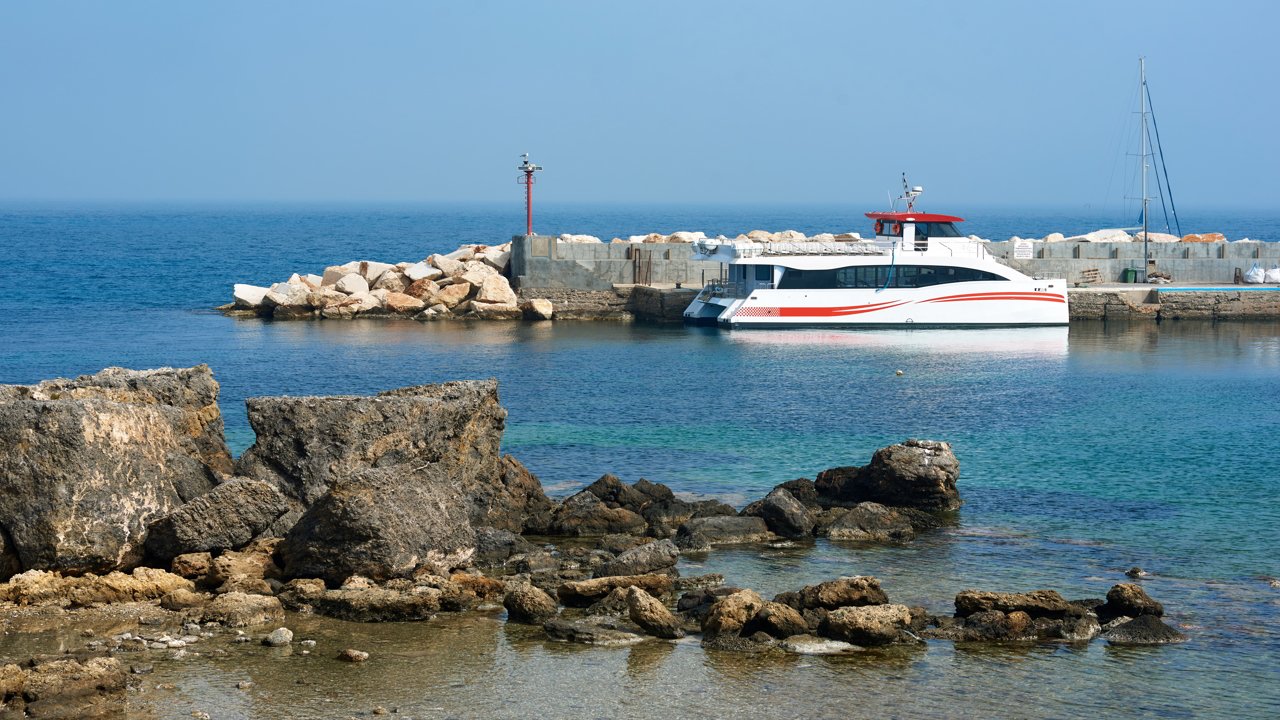 Where to eat in Tabarca?

To know the essence of a place it is essential to taste its flavor. And that flavor has the sea as the protagonist. It couldn't be otherwise.

In Tabarca there is no place for sophistication. This is a place to enjoy product cuisine in which raw materials are the hallmark of the kitchen. You cannot leave without sitting by the sea and trying the famous potera squid or the fish of the day, often unknown in the peninsula.

But the king of Tabarca gastronomy is the caldero. Without a doubt, this is the unmistakable symbol of its gastronomy, since it is not cooked in any other port. For many people from Alicante, it is worth spending the day in Tabarca just to savor this dish without even setting foot on the beach. The stew blends the intense flavor of fresh fish with a surprising and subtle touch of alioli accompanied with rice. It's unique. If you are wondering where to eat or which restaurant to choose from among those located next to the port and the town, do not think too much, in all of them you eat like in a fisherman's house. You can't go wrong, but it is wise to book in advance! 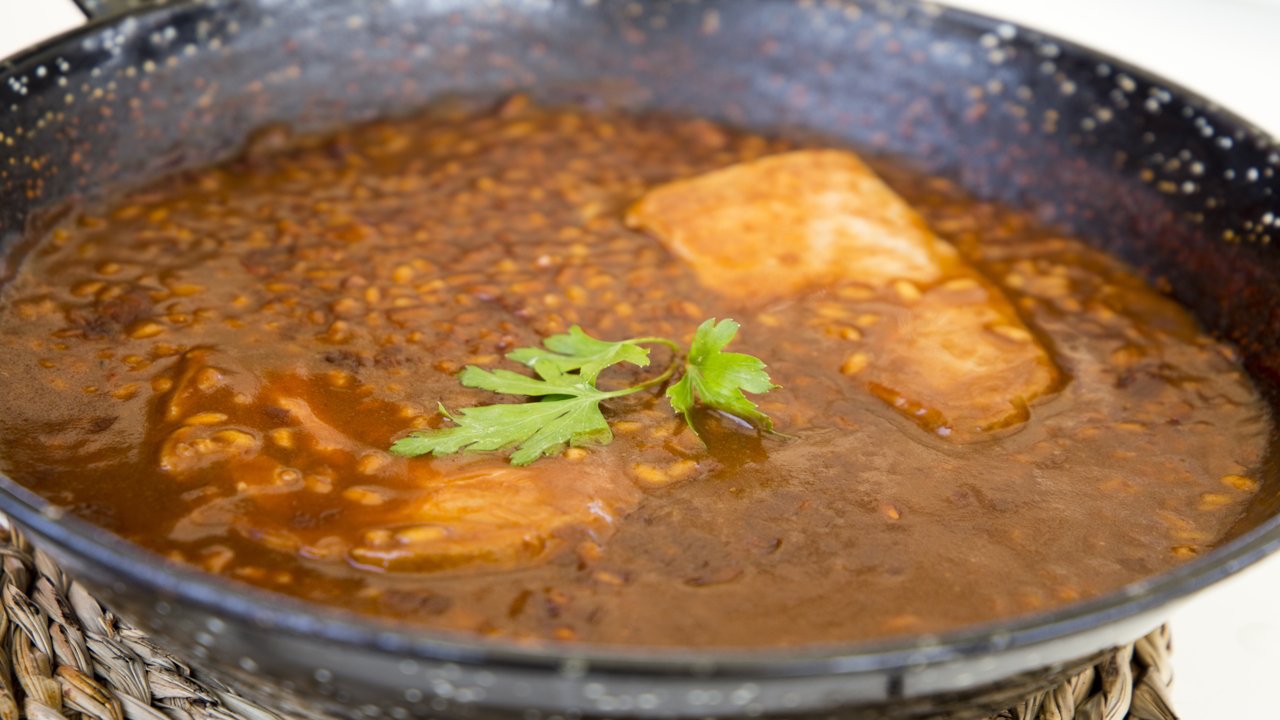 So now you know. Take advantage of the opportunity offered by your getaway at the Hotel Montíboli to enjoy an excursion to a place as unique as the island of Tabarca. A true classic of the Alicante summer!

Discover our selection of the best beaches in Alicante