If you are one of those who waits longingly for the arrival of summer, if you love to immerse yourself in the sea and enjoy the most beautiful coves of Alicante, on the Costa Blanca, do not miss this post, since we are going to offer you a Wonderful tour through the best coves of Alicante to practice snorkeling.

The coastline of Alicante has some beautiful coves that you can discover, from North to South and enjoy the seabed of the millor terreta del món (the best land in the world).

So, prepare your diving fins, your snorkel tube and your goggles, because you will not be able to resist visiting the best coves in Alicante to snorkel, and enjoy your favourite leisure activity.

Marvellous emblematic cove of Javea, the Granadella cove, located in the southernmost part of the municipality, it is considered one of the most beautiful coves of the Costa Blanca and was chosen in 2013 as the best beach in Spain by Antena 3 Tv Program.

It is a natural space in the shape of a shell of 160 meters, composed of white boulders and crystal clear turquoise waters. It is ideal for snorkeling because of its accessibility, the beauty of its seabed and its recommended routes.

It is accessed for 2km via the road named after the cove itself, in the area known as Cabo de la Nao, a beautiful route which is just a prelude to what awaits you. With spectacular views it has a high occupancy in the summer months, the cove has various services, such as sun beds, umbrellas, first aid station, showers, WIFI and restaurants, all to help your stay in the cove La Granadella memorable. 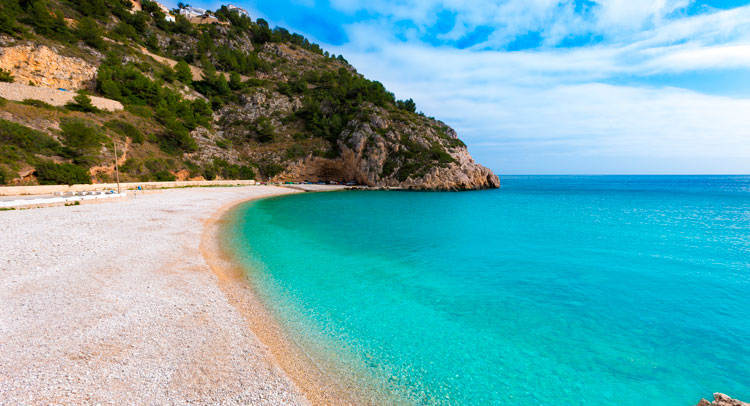 This Beach located in Altea, between the port of Mar y Montaña and the Portet de L'Olla, is approximately 1km in length, and formed by small pebbles, stones, boulders and rock. It is an open and somewhat rustic beach which maintains its great charm of yesteryear.

You can see on the shore the fishing boats, the various chiringuitos (beach bars) where you can taste succulent fish and rice while looking out to the small islands of L'Illeta and L'Illot.

It is highly recommended to take a swim to the small island of L’Illeta from the beach, enjoy the seabed and visit its underwater seaweed meadows, the best preserved and most abundant in the Mediterranean and part of the Serra Gelada Natural Park. 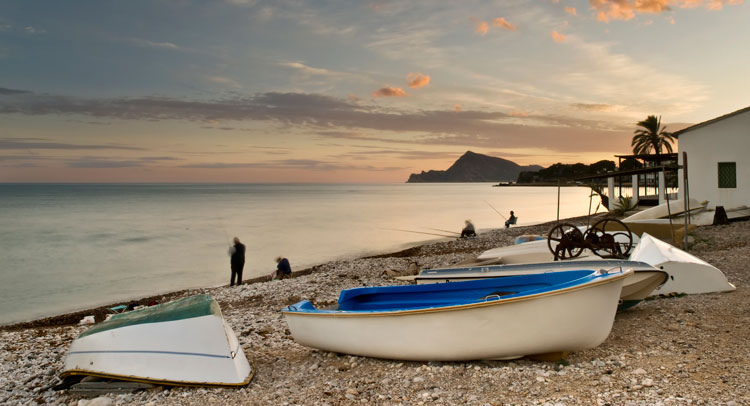 La Cala del Tío Ximo (Uncle Ximos cove) in Benidorm, is a very small and quiet cove, with a length of 70m and a width of 6m. It is a pebble beach, so we recommend wearing boots/beach shoes to be comfortable and move freely.

This small cove, is far from the beaches of Poniente and Levante, and is found beyond the Rincón de Loix, specifically, located at the foot of the Cross of Benidorm; It is a very natural cove that still retains the charm of the past.

Snorkeling in this beautiful cove is a marvel, due to the ease of access (it has a parking right next to the cove) and its circular snorkeling route, which borders the walls of the bay.

In the Tío Ximo Cove you can observe, thanks to its crystalline waters, the posidonia (type of sea grass) and the salpas, large schools of fish such as serranos, mabras or pelayas.

Also from there you can access other rocky areas which are very interesting for diving. 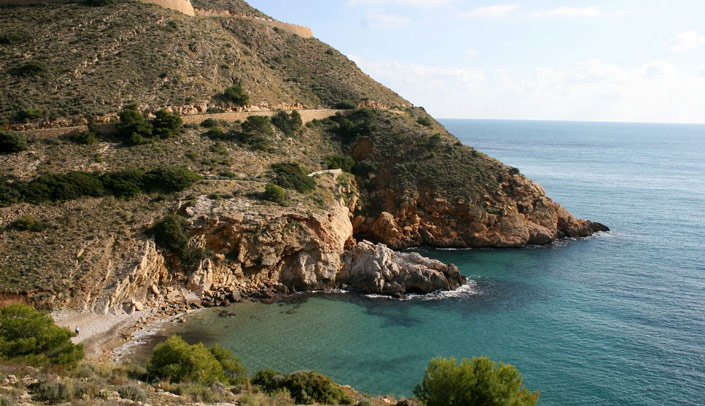 The beach La Caleta of Villajoyosa, also known as Cala Higuera is right at the foot of the Montíboli Hotel. It is a small cove with a length of 160 meters and a width of 30 meters.

Due to its sheltered access, it has an average occupation during the summer which lowers during the rest of the year, so makes it an almost exclusive cove.

It is one of the coves that are part of the 6 snorkel routes organized to promote active tourism in Villajoyosa by the town council itself, where snorkelers can meet before going into the water, everything that can be found in the depths of the most beautiful coves of Villajoyosa. Next to La Caleta you can find routes in the neighbouring Cala L'Esparrelló, Cala Conill, El Charco, la playa de los Estudiantes (the beach of the Students) and the Madalleta.

Each of the 6 routes start from a chosen location in the area and the recommended route which should be made, to discover the characteristics, peculiarities and species of the seabed. Do not forget to visit this beach where you can find the most colorful fish of our coast, such as greens or Freddy fish, crabs or birds such as cormorants. 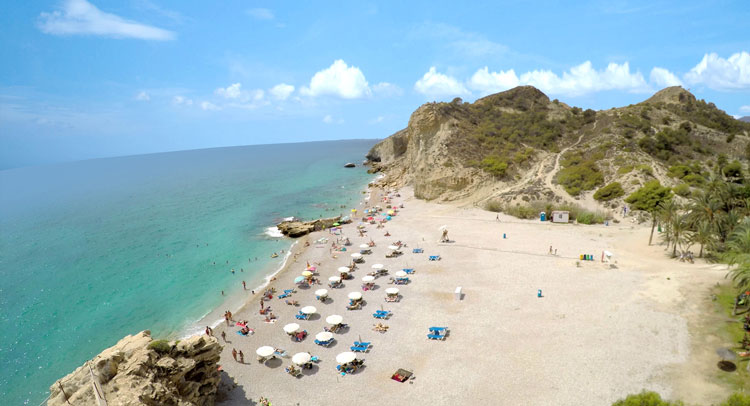 Right next to the Club Nautico in Campello you can find La Isleta or Los Baños de la Reina. It is a small peninsula (quite busy) where the archaeological site, which is more than 5,000 years old, Els Banyets is located. Right in front of that are the well-known Baths of the Queen, so-called because according to legend, a Moorish queen ordered them to be built in order to take their sea baths, but actually these marine pools were used for fish farming in the old ages.

If you do not know where to snorkel in Alicante La Illeta is a perfect place to practice this sport, not only in its pools, but also in its surroundings: its rocks resemble polka dots, its transparent and crystalline waters as well as its shallow depth, gives a better view of the seabed, a bottom and surface that has a great wealth of both terrestrial and marine species and immense oceanic seaweed meadows. It is also a very busy spot to practice diving.

You can snorkel or dive with air tanks in Los Baños de la Reina de Campello. In addition, the town hall has prepared a marked underwater route that can be done with submersible audio guides that you can get at the Tourist Office so you do not miss out on the beauty of this unique place. 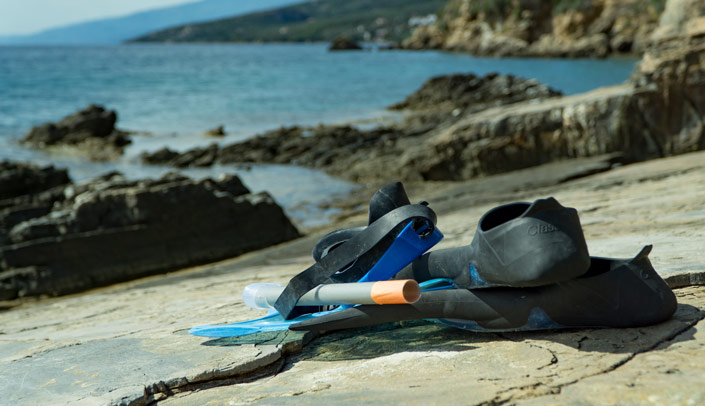 This summer don’t forget: follow the proposed route of the most beautiful coves and beaches in Alicante and enjoy your favourite sport, enjoy diving.

Which one are you going to start with? Difficult to choose...