We now have everything ready to enjoy Easter week. There are few days left until the doors of the Hotel Montiboli will open again on the 8th of April, welcoming those who seek to disconnect with a getaway and enjoy this privileged corner of the Mediterranean.

Do not hesitate: sun, picturesque beaches, the best facilities, signature cuisine... and an environment capable of offering you infinite experiences so that you can live these vacation days with maximum intensity.

Holy Week in Alicante, which last February, was declared by the Ministry of Industry, Commerce and Tourism as a Festival of National Tourist Interest thanks to its history, spectacular nature, roots and the important attraction it offers for the many travellers who come each year to experience it in person. The capital of Alicante, always vibrant and full of unique places to visit, is only 20 minutes from the Hotel Montiboli, so we cannot think of a better proposal for this Easters Holy Week than to combine the tradition, culture and folklore of our land with the pleasure to immerse yourself in the turquoise waters that surround us. 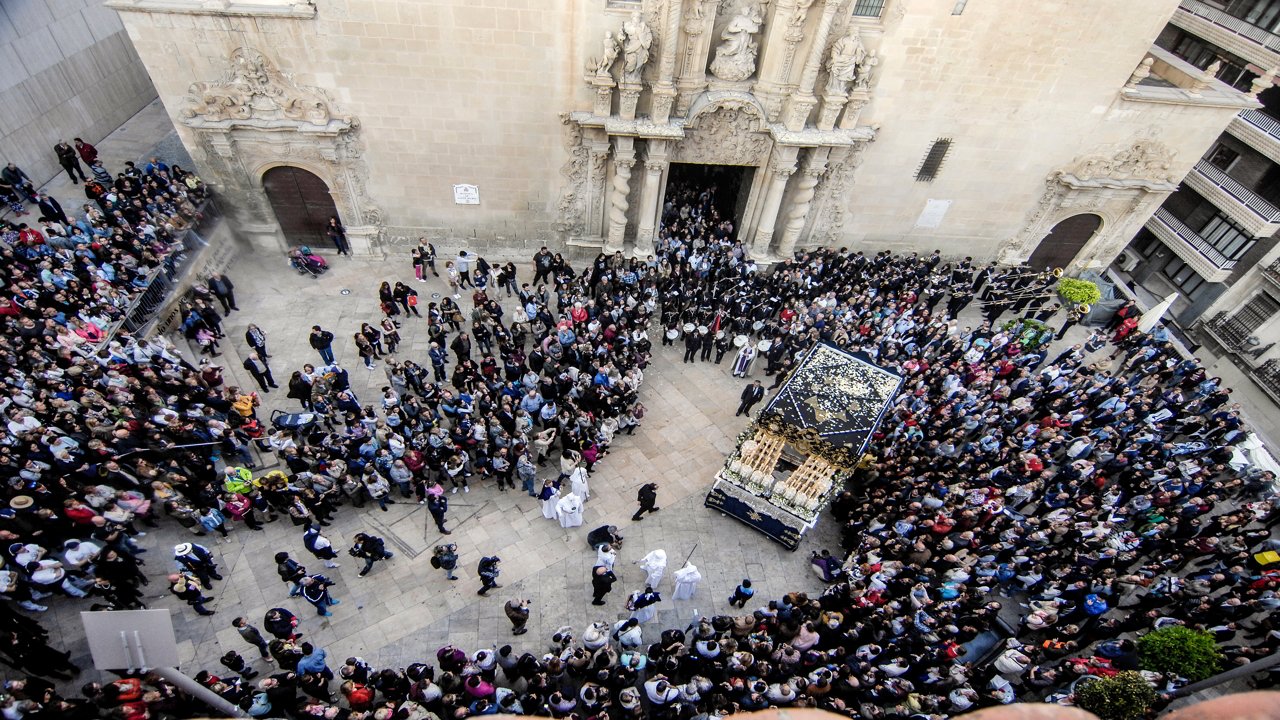 A celebration with more than 400 years of history

The processions of Holy Week in Alicante transcend their religious meaning, bringing together endless elements resulting from the passing of centuries, that have built, unique celebrations all over Spain. During these days when Christians remember the Passion, Death and Resurrection of Jesus Christ, the streets of Alicante become a true traveling museum in which the brotherhoods (groups of Christians gathered by devotion to an image of Christ or the Virgin) parade their artistic steps composed of works of art signed by innumerable artists of the last four centuries.

With each Holy Week, the craft is reborn. Goldsmithing, embroidery, imagery, flowers and wax take to the streets to the beat of music and silence, awakening the admiration of locals and strangers, creating a magical atmosphere in the most characteristic corners of the historic old town of the city of Alicante. Are you going to miss it? 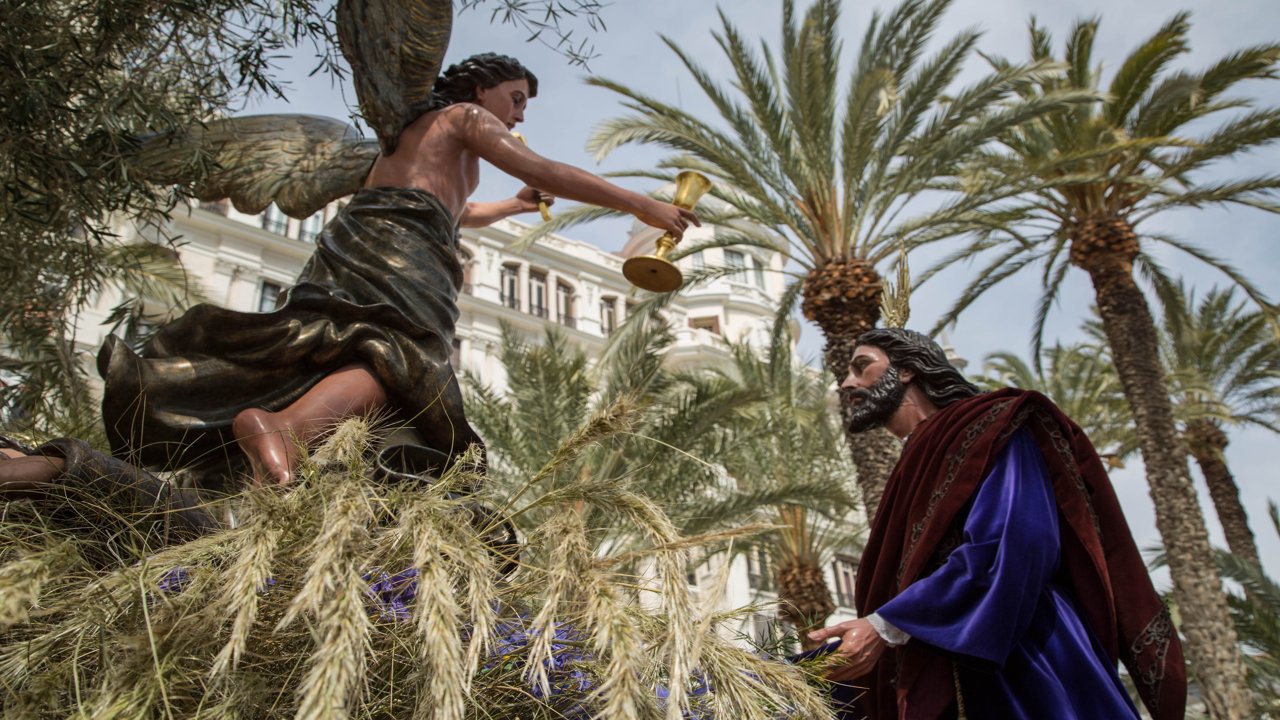 The most interesting processions

Coinciding with the opening of the Hotel Montiboli, on Friday, April 8th, "Friday of Sorrows", Holy Week in Alicante experiences its particular starting signal with the popular Via Crucis del Cristo del Mar. The image of Christ, the work of the prestigious artist Sevillian Castillo Lastrucci in 1943, arrives in Alicante by sea, disembarking at the port in the same way as when it arrived in the city for the first time from the artist's workshop.

Leaving the pier behind, the ornate statue of Christ crosses the Esplanade de España, one of the most beautiful streets in Alicante known for its innumerable palm trees and the characteristic mosaic pavement, to reach the Basilica of Santa María in an atmosphere of recollection surrounded by songs and prayers. 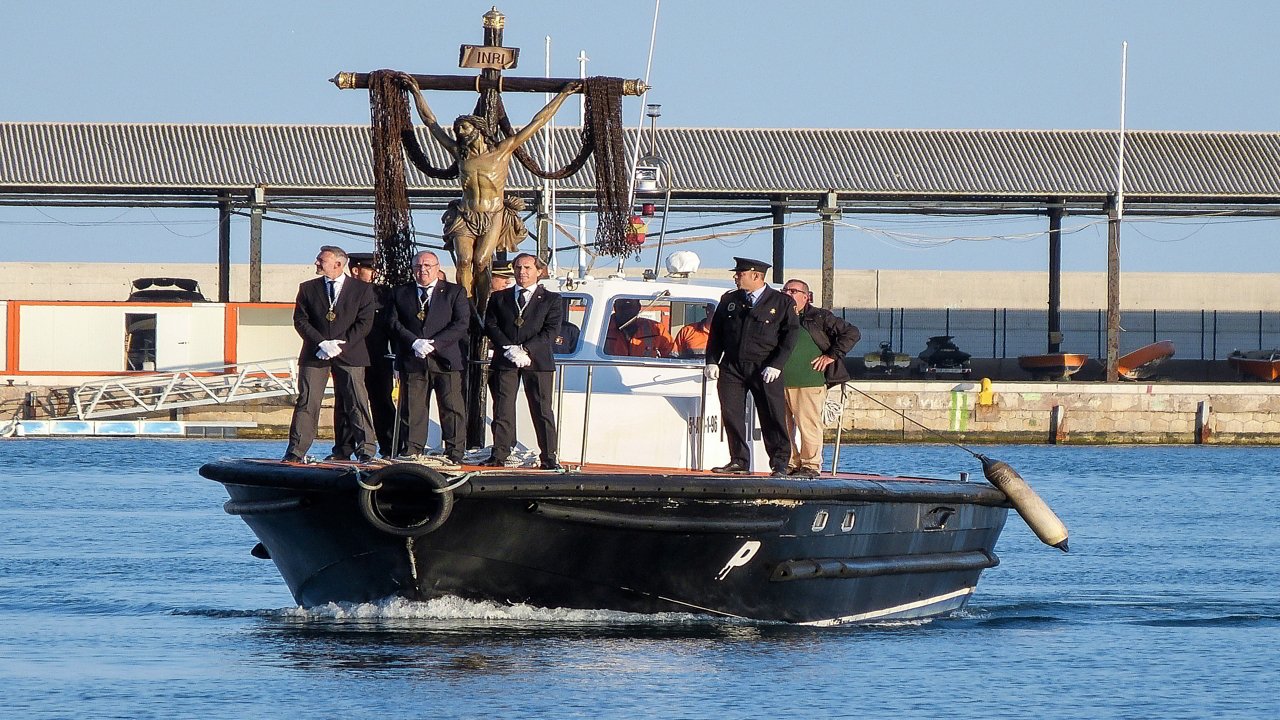 On Palm Sunday, April 10th, the recollection is transformed into an explosion of devotion and spring, with seven processions that run through Alicante throughout the day with 14 steps, 600 musicians and more than 5,000 people wearing the characteristic outfits of Holy Week. reviving the Alicante tradition.

Especially interesting on the morning of Palm Sunday are the processions of Jesus in Samaria (a valuable baroque carving from the 18th century) and La Verónica (whose spectacular gold-embroidered mantle was awarded the national crafts award in 1949) accompanied by thousands of people from Alicante carrying the palms on Palm Sunday and, in the afternoon, that of the Virgen de la Esperanza, whose canopy parade brings together the work of the artist from Alicante D. José Espadero in a display of craftsmanship that in the 21st century keeps trades and techniques alive inherited from the baroque.

The moments you shouldn’t miss

On Holy Tuesday, April 12th, Alicante enjoys one of the most anticipated moments of its Holy Week. At seven o'clock in the evening, the Plaza de Santa María, in the heart of the historic centre, fills with people waiting for the Virgen de los Dolores, accompanied by San Juan de la Palma, to make her exit through the narrow door of the Basilica, one of the most valuable temples in the entire Valencian Community.

Such is the spectacular nature and slenderness of the step that the men who carry it, its costaleros (pall bearers), have to throw themselves on the ground to save the lintel of the baroque doorway advancing little by little on their knees. The people are dumbfounded waiting for the miracle to happen again and what seems impossible to become reality thanks to the skill of these men. Once the step in the square, the bells redouble, the music band bursts and a rain of rose petals falls from the towers flooding everything with their aroma. It is unforgettable. As is its return at midnight to the sound of “La Habanera”, there is nothing more Alicante. 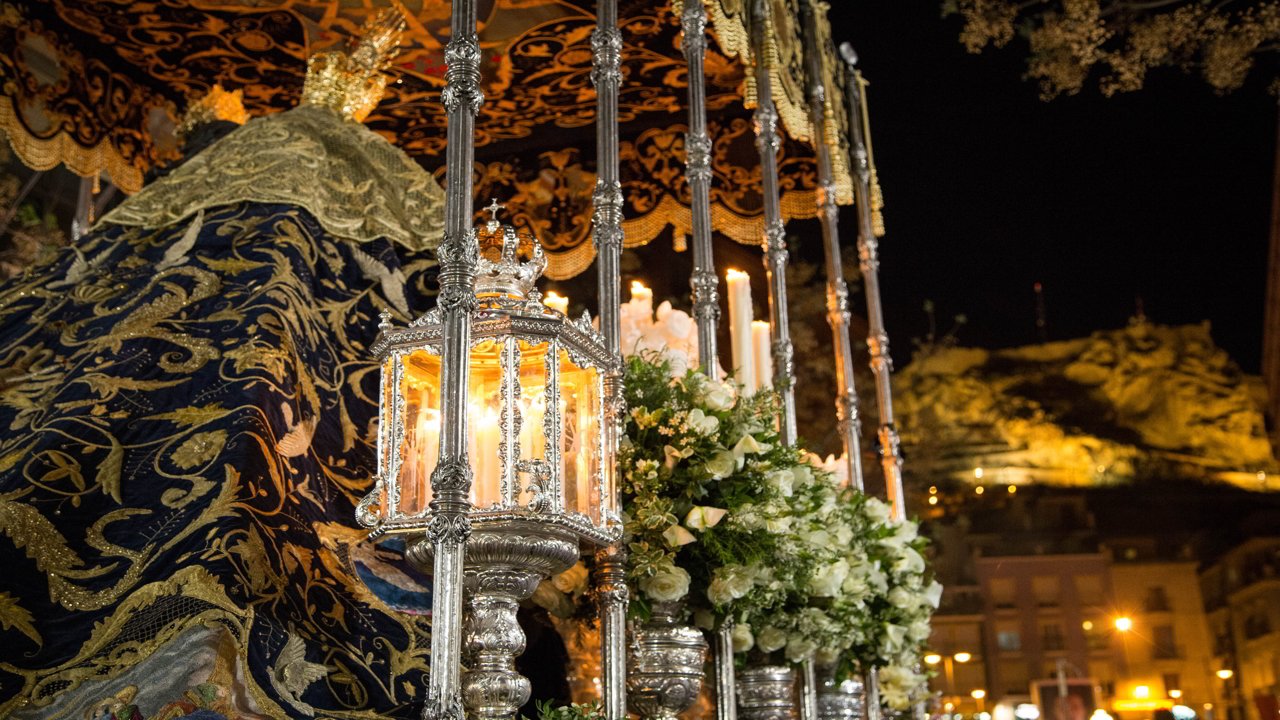 On Holy Wednesday, April 13th, the focus shifts to the beautiful neighbourhood of Santa Cruz, where its intricate alleys of steps, whitewashed facades and flower pots become the setting for the most popular procession in the city. Saetas, flowers, music and cheers accompany the descent of the four steps of this procession through the foothills of the Santa Bárbara Castle to the Official Route located on the Rambla de Méndez Núñez (a common route for the 28 Alicante processions equipped with chairs to witness all parades comfortably).

Easter Thursday and Good Friday, April 14th and 15th, also gather large audiences around processions such as the Holy Supper (which parades on the shoulders of more than 200 pall bearers) or the Silence and its overwhelming character as the Christ of the Good Death (16th century)

Finally, we cannot fail to recommend the Resurrection Meeting, on Sunday, April 17th, which is held at 12 noon in the Plaza del Ayuntamiento (Town hall) under a shower of hallelujahs that spreads the joy of this day. All this accompanied by the classic Easter recipes and desserts, of course.

Now you know. If you want to live the most complete Holy Week, visit us at the Hotel Montiboli and between bathing in the sea, gastronomic delight and the pampering of our team, escape to see the Alicante Holy Week processions in this special year that opens the Declaration of National Tourist Interest.

How to prepare a perfect suitcase for your trip

Shopping in Alicante? Take note of our route through the best shopping area in the city