This week we are going to talk to you about a topic that will undoubtedly awaken your appetite. It's about afternoon snacks at the Hotel Montiboli. An option difficult to resist if you go to our Bar Alhambra to have a coffee or a soft drink in the afternoon. 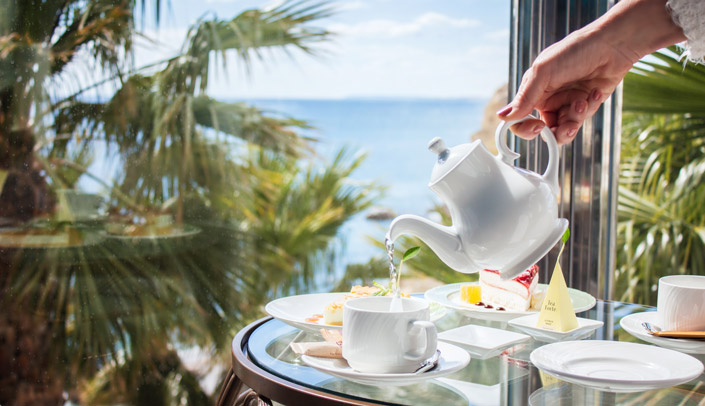 The usual mid-afternoon snack, has become fashionable as an evening version of the refined Brunch. This afternoon snack is something very typical in Spain and is generally served between lunch and dinner offering a break to socialize with friends, replenish energy or satisfy the little hunger pangs. That is why we take up the art of snacking and invite you to join us.

If you have recently visited our Hotel Servigroup Montiboli in Villajoyosa, you will surely have been surprised by this striking, elegant, rotating display of our most delicious cakes that we exhibit every afternoon/evening in the Alhambra Bar. It is an option that we offer you with the intention that you allow yourself to enjoy a healthy and rich snack when you stay at our hotel or just come for a visit.

It is simply about enjoying Afternoon tea or tea time, in a unique location, with a lovely atmosphere and wonderful views of the sea. 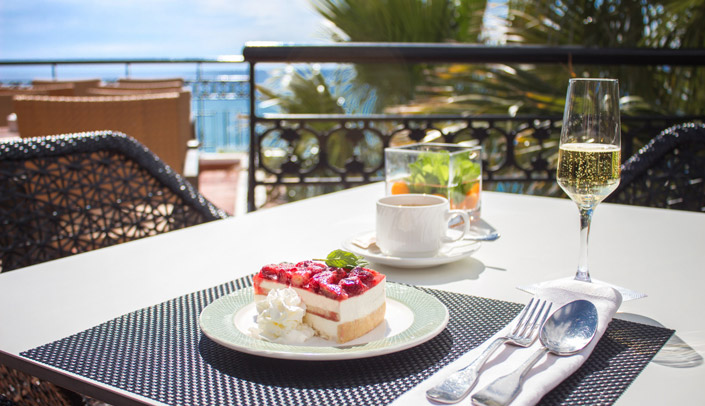 For this, we are going to focus this publication on some delicious sweet snacks, which will undoubtedly make you want to repeat.

Four of the cake options that we usually offer you in our Hotel Servigroup Montíboli are the following: tarta mel i mató; Black Forest cake; Sacher cake; and Cheesecake. 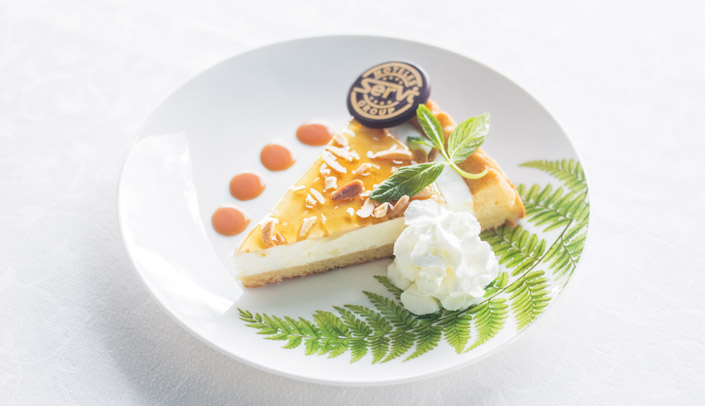 The mel i mató cake is one of the most successful options in our hotel when choosing a dessert or a snack, and also the one with the best comments from our customers.

This consists of a unusual cake made with honey mousse, and the peculiar cheese mató (similar to cottage cheese). It is usually accompanied by walnuts, which give a special touch to this fantastic dessert, typically consumed in the Valencian Community and in Catalonia, where it originated from.

The mel i mató cake has its origins in the Middle Ages. The mató is a type of light and low-fat cheese, which is said to have been obtained by experimenting with different desserts when there was milk left over in the houses. The mixture of mató cheese with honey makes a soft cake, exquisite and contrasting.

You will be surprised by its especially creamy texture, which turns this dessert into a real delicacy to consume and enjoy a few exceptional light afternoon snacks. 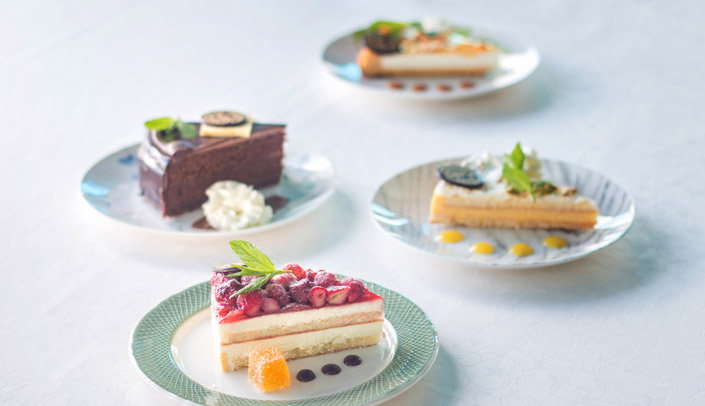 This consists of one of the most popular desserts of traditional German cuisine. It constitutes a tribute to chocolate, an authentic delight that in the XVI century was tremendously popular in the Bavarian country.

The Black Forest cake has its origin in the region called the Black Forest. Therefore, representing a succulent dish that evokes darkness and mystery in a region known for its sour cherries, from which are obtained the Kirsch, that together with the cream of milk, cherry and chocolate make this cake an authentic delicacy.

You may or may not adorn it with chocolate shavings, but if you do, the black forest will have an even more special, wild and appetizing appeal. 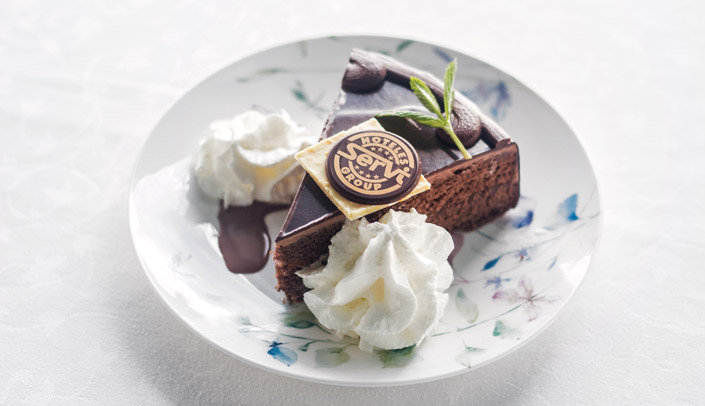 The Sacher chocolate cake is a dessert created in Austria in 1832 by a pastry apprentice, whose name was Franz Sacher. The young Sacher named this cake after managing to surprise the guests of Prince Klemens Wenzel von Metternich.

It consists of a succulent dish that also has chocolate as an essential ingredient. It is composed of two layers of sponge cake that are separated by a very thin layer of apricot jam and covered with a delicious black chocolate frosting on all sides. 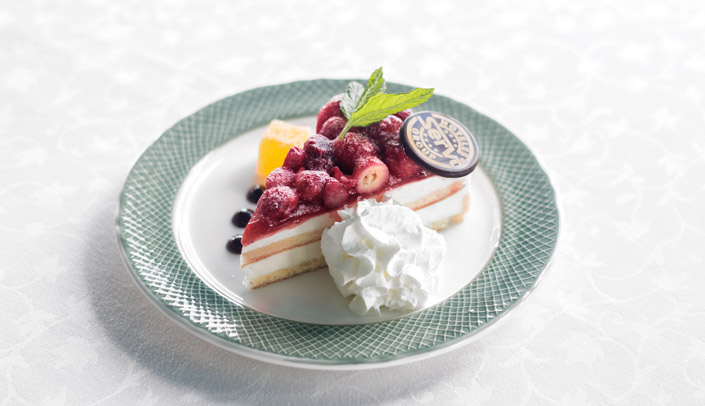 It is the oldest dessert among those mentioned. In fact, it is said that the cheesecake has its origins in ancient Greece in 776 BC.

Some say it was consumed by the athletes of the time while they were preparing to participate in the Olympic Games, due to its soft and light texture, and energy enhancing.

The cheesecake arrived in the United States in the hands of Greek immigrants who came to the new world in search of a better future. It was precisely there where the traditional cheesecake made with a type of melted cheese that we all know as Philadelphia cheese was popularized.

They say that if you eat cheesecake with a glass of white wine or very cold sweet wine, its flavor is greatly increased.

After tempting you with our tasty homemade cakes, you now know you can come as a family, with friends or as a couple... For afternoon snacks at the Alhambra Room, where you can enjoy original snacks by the sea. Remember that we do all kinds of snacks (also savoury snacks), always with the exclusive touch that only the Montiboli knows how to offer.

We await you in our Hotel Servigroup Montíboli so you can enjoy our delicious afternoon snacks. Embrace the afternoon snack trend, sign up for the Montiboli super snacks.

Are you going to miss it?