This year, Hotel Montíboli celebrates its 50th year of operation. The past half-century has been characterised by consistent quality in all our services, exceptional cuisine and loyal guests who have always been part of our large family. This 50th Anniversary wouldn’t be the same without the company of all our friends who have supported us over the years. And that includes you too, so we want to invite you to join us in our celebrations.

We’ll be marking our 50th Anniversary with various events and activities and would love you to join us at our iconic hotel on the coast of Alicante in one of its finest moments.

On 14th April, the Montíboli kicked off its series of celebratory activities for 2018. And we did it in style, accompanied by the great communications professional, Esther Eiros, who, with the support of her team, dedicated a special programme of Onda Cero’s highly popular Gente Viajera to the Montíboli.

The Panorama Room at Hotel Servigroup Montíboli was transformed into a radio studio for the occasion, with a live broadcast discussing various aspects and key events in the Montíboli’s history: events that have left their mark over the years.

They talked about the trajectory of Hotel Montíboli over the past 50 years, with a moving account from Enrique Domínguez Uceta, and much of the programme was dedicated to an emotive interview with José María Caballé, President of Hoteles Servigroup. 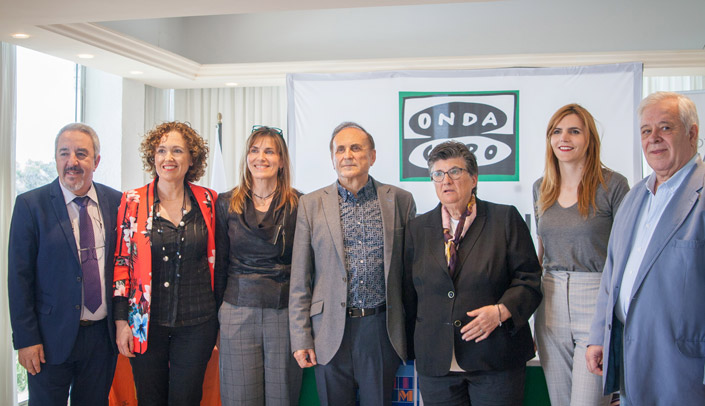 Esther Eiros’s support team for the Gente Viajera programmedevoted to Hotel Montíboli was, on this occasion, formed by Enrique Domínguez Uceta, Helena del Álamo and Ramón Villaroa. They were joined by the Director of Onda Cero in Villajoyosa and the radio station’s Regional Director.

During the two-hour programme they discussed general aspects of the hotel, such as its exclusive location and its cuisine, and the hallmark philosophy of the Servigroup hotel chain, to which Hotel Montíboli belongs.

Also interviewed were Miguel Ángel Martínez, Sales Director of Servigroup, who told us about certain aspects of the sales area, and Manuel J.García, current Director of Hotel Montíboli who shared some anecdotes from the past 50 years.

The programme also had various guests of honour, including Andreu Verdú, Mayor of Villajoyosa, and Antonio Pérez, Mayor of Benidorm. Both talked about the impact the Montíboli has had on the area from its inception to the present day.

Jean Marc Sanz, Chef at Hotel Montíboli, highlighted the innovative and delicious signature and market cuisine offered at the Emperador Restaurant, and which continues to surprise our guests and visitors each day.

Hoteles Servigroup’s purchasing network, and its El Clot state, were also mentioned on the programme, highlighting Servigroup’s distinctive distribution method and the origin of the fruit and vegetables supplied to the hotels in the chain.

Special reference was made to the excellent quality/price ratio that Hotel Montíboli and the other Servigroup hotels are known for. 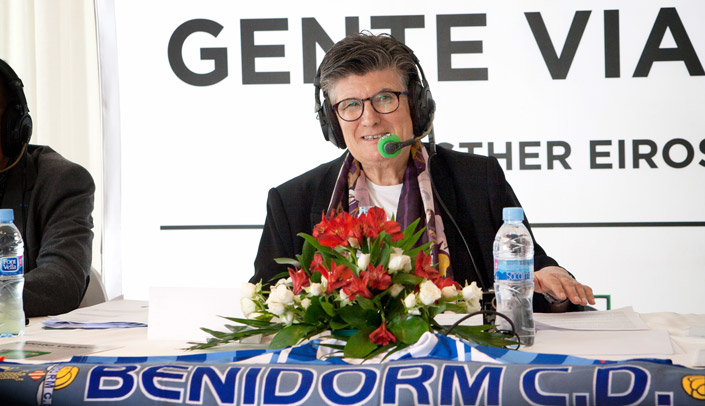 On 14th April, the perfect combination was formed by bringing together Hotel Montíboli and Gente Viajera, a point of reference in Spanish radio programmes for the past two decades. This popular and iconic informative programme has been broadcast for over 23 years now, keeping its listeners up to date on everything related to tourism.

As you know, this is a topical slot and has covered various national and international destinations since the very beginning. It is a radio adventure conceived and set up by a young Esther Eiros, and which many years later continues to inform, entertain and arouse curiosity in its loyal listeners.

On this occasion, Eiros, again accompanied by her exceptional team, chose to broadcast from the Montíboli to help us mark our half century in the hotel and tourism industry.

Hotel Montíboli, a hotel with charm 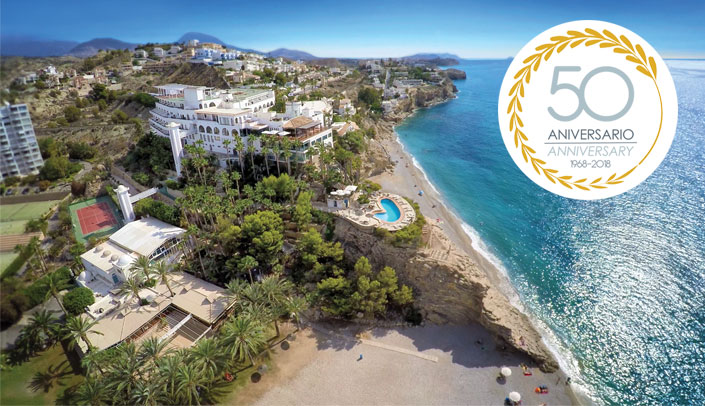 Hotel Servigroup Montíboli opened its doors for the first time in the summer of 1968, on 18th June to be exact, a unique and picturesque hotel built atop the cliffs on one of the most beautiful coastlines in Spain, between two beaches of Villajoyosa, La Caleta and L'esparelló.

This indisputably exceptional hotel rapidly became a jewel in the crown of the Costa Blanca. The hotel continued to grow in popularity over the years, being the only five-star hotel in the province of Alicante up until only a few years ago.

Perhaps because of its privileged location, the historical setting, charming beaches, or perhaps because of the excellent service offered to its guests, it’s difficult not to immediately fall in love with Hotel Montíboli in Villajoyosa.

An attractive option for summer visitors who see the Montíboli as an ideal place for escaping the noise and stress of the city, it has also become a favourite among the many companies, non-profit organisations and associations who consider this five-star hotel in Villajoyosa to be the perfect place for holding meetings, corporate events, training courses and celebrations: a continuous flow of events that are held in the hotel’s various rooms offering sea views.

It wasn’t long before the Montíboli caught the eye of couples too, providing an attractive option for a seafront wedding. A unique celebration, with exquisite cuisine served up by the hotel’s Emperador Restaurant and often accompanied by a beachfront party in our Minarete Room.

Hotel Montíboli: a paradise for artists and the famous 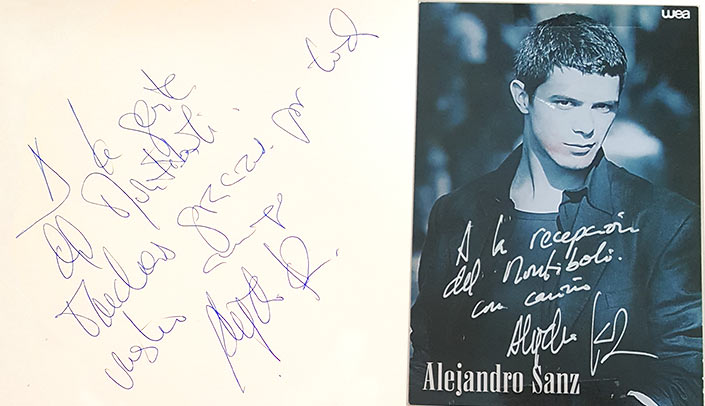 During the past 50 years numerous actors and actresses, singers, sportspersons and writers (different profiles of well-known people) have chosen our hotel for a few days or longer. Some came to enjoy a getaway in Alicante and to stay somewhere that offers a veritable window over the Mediterranean; others had the express intention of using the hotel as a source of inspiration, and found the Montíboli to be the perfect place for relaxing and leaving the daily routine behind, at least for a while.

As we mentioned in a previous post, a very young but already famous Paul McCartney chose our hotel for a spring break in 1972, to compose his classic song Hi Hi Hi.

Keep an eye on our blog and social networks over the next few days, as we’ll be sharing our calendar of celebratory events for the 50th Anniversary of Hotel Montíboli.

But for the moment, here are a couple of the commemoratory events we’ve planned for the coming months, such as an exhibition of the paintings by the famous artist Evaristo Alguacil and an exhibition entitled La Cenicienta del Montíboli (Cinderella of the Montíboli) where you’ll have a chance to try on the most iconic shoes of the international brand Magrit.

So don’t miss out: come and join us in celebrating Montíboli’s 50th Anniversary…