I love this place. These are the first words that come from the lips of Máximo Huerta as he walks through the doors of the Salón Poniente and fixes his eyes on the turquoise blue sea of La Caleta beach. Our area is quiet unknown, despite being such a tourist area, it seems that the shadow of the excitement of Benidorm is long, and many do not realise everything that the real Costa Blanca hides. It is an extraordinary place, there are wonderful restaurants both inland and, on the coast, secret corners ... I love the colour of this sea. It is a different colour, that has nothing to envy that of Greece or the Balearic Islands. It's unique. We have a lot of beaches that are wonderful, I particularly love those made of stones and I usually share photos of my favourite places on social networks, it is the best way to show what we are and I love being an ambassador of this land.

It is a Wednesday in August, five in the afternoon and the way of life is calm and pleasant on the edge of the cliffs of Villajoyosa, when we receive Máximo at the Hotel Montiboli to present his eighth novel: Con el amor bastaba (Planeta), which is already going for its fourth edition.

A good book and an iced coffee by the sea, what better plan for a summer afternoon? 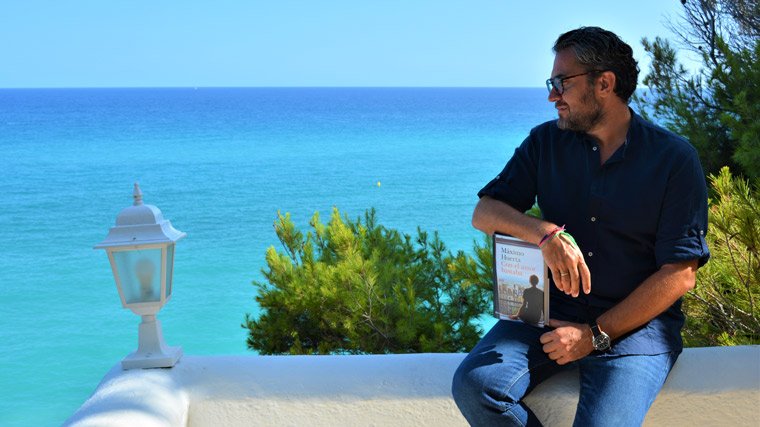 Máximo on his identity card, Màxim on television since he arrived in Madrid twenty years ago to present the Telecinco and Max news program for his friends and family, he has no preferences on how they address him. Journalist, novelist, TV host, Minister ... a truly versatile man who has found on our coast the place to rest, enjoy, work and, ultimately, settle down to make the Mediterranean his inexhaustible source of inspiration.

We take the afternoon to talk about his novel, the pleasure of reading, gastronomy and the beauty of the landscapes that surround our hotel.

Question: What ties you so strongly to the Mediterranean?

Answer: Family. I was born in Utiel, in the interior of the province of Valencia, but to come to this land is to be close to them, she is my mother, they are my cousins ... here is everything that I like, that mixture of rural and natural cosmopolitan, the sea and the good weather. I feel at home and that's the best feeling there is.

Q. On the Costa Blanca, nature and culture star in a perfect symbiosis. Altea has always inspired prestigious artists and people of science, even leading them to establish their base in this small town that has its own Faculty of Arts. Are you one of those who feel the inspiration in this place?

A. I believe that all my novels were born in this part of the Mediterranean. I was thinking about it the other day. I was in the water and I realized that, in some way, I have always started or finished on these beaches. Of course, it inspires me, be it because of the colours, the flavours or the conversations, I recognize the Alicante way of speaking wherever I go. 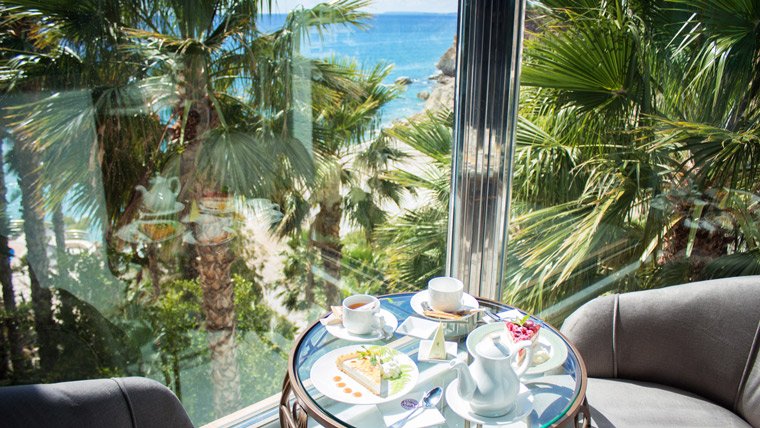 Painting is another of the passions that Máximo enjoys whenever he is by the sea. For him painting is like doing yoga or meditating, it is his way of escaping, relaxing and not thinking. Another way to be happy, to disconnect from everything superfluous to find peace with yourself. A peace that he nourishes every time he goes out onto the balcony to look at the sea or walks the path of the Albir lighthouse, one of his favourite places, and which he later transfers to his paintings. Máximo refers to the Alicante landscape with true enthusiasm, a feeling that infects us throughout the conversation. He is a man who values details, who enjoys the small pleasures of life and his work, and that is how he makes us feel.

Q. Painting is one of the hobbies of the protagonist of Con el amor bastaba (With love enough), is there something autobiographical in this story?

A. It is not an autobiographical novel nor does it have autobiographical reflections. I like to paint and the protagonist too. At the time of writing, I like to leave something of my own in the characters, in all of them, not only in the protagonist, because that way, when I reread them, I am reunited with those little inheritances. Authors always write about what we see, what we hear, what we have lived ... and somehow your experiences slip through. If I have had a great time in a fantastic cove around here, it is likely that sometime I write about a woman or a boy who has a great time in a cove of this land. The things you live end up in your novels somehow. They are parts of you. 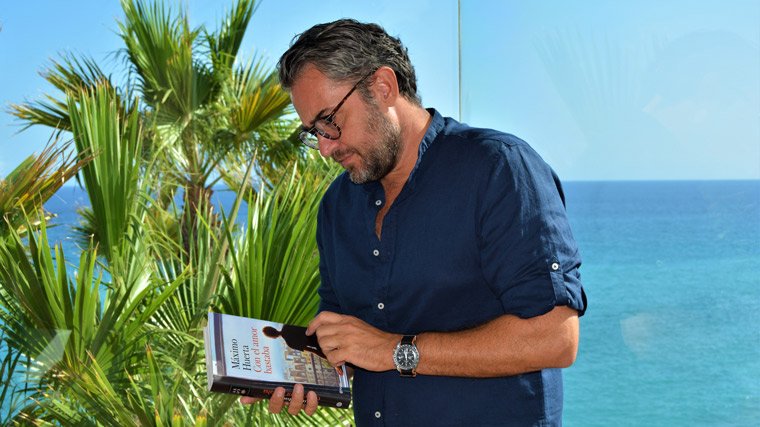 Máximo speaks passionately about his novel and describes it as a hymn to the beauty of the different and to happiness. Con el amor bastaba (With love was enough), it is a story of overcoming so much where love plays an important part, sometimes showing its most bitter face. Elio, the protagonist, is a boy who discovers that he can fly, that he is different, which leads him to face the rejection of some.

For Máximo we are all different we are all special, particular and, ultimately, unique. For him it is in the small details, in the secrets and in the exotic where the exquisiteness of beauty resides: what is different is much more beautiful, and there you have to find happiness.

Q. We have all wanted at some point in our life to change and feel special, but at the same time, we often marginalize things that are different...

A. I think that is why the book is liked so much. Because everyone has felt different at some point, looked at, marked out, questioned... and they feel identified. That is the point of this novel. There are still many people who carry backpacks of prejudice and intolerance and that makes everything different be questioned. The person who has an accent, another way of walking, another skin colour, another way of being or moving… when that is the beauty, and what we later look for when we travel abroad.

Q. After all, we have all dreamed of flying at some time, what is flying for you?

A. Flying is feeling free, happy, it is feeling that you are doing what you want. I believe that since we were children, we have all dreamed of flying. In fact, our superheroes have always flown, even Mary Poppins or Peter Pan. I look back and remember when I dreamed of taking off by tying a sweater around my neck. Who has not done this at some time? That feeling of freedom at school, of feeling happy ... we are all flyers.

Q. Not even love is sometimes capable of overcoming those differences, if you had been Elio's father, what advice would you have given him?

A. I'm not a father, but I imagine how difficult it must be. Advice is roads to venture on, but it is very good to make mistakes, I am in favour of making mistakes in order to learn, that children scuff their knees and that they come with worn out trousers. Tips are roadmaps that have served you but need not serve others. In this novel, parents are not judged, they try with the best of intentions to make their child happy, but of course, sometimes it may be the wrong way. The father believes that his son will be happier if he does not fly, if he is like the rest and is within the norm. The mother thinks that if he is free and does what he wants, he will be happier. There is a clash of wills. 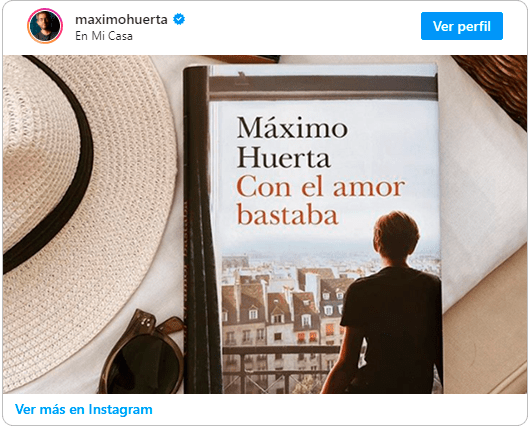 The novel hit the bookstores just a couple of months ago, but Máximo is already working on his next work, and, judging by how he talks about it, he is enjoying it. It will be the second part of the successful title Una tienda en París (2012), it is already well advanced and finds the explanation to such creative intensity in the inspiring power of our coast, which feels like the engine that makes ideas flow in spurts and new stories are born.

Máximo jokes and explains that even when he lies down in the sun or takes a swim in the sea, his head does not stop spinning experiences and composing new ideas. Meanwhile he confesses that he has received offers to start some other television project during the summer, but he has not decided on any of that yet, for the moment, he will continue in the province writing and recharging his batteries.

With the ice in his coffee melting, Huerta tells us details of his passionate career that led him to be appointed Minister of Culture in 2018. For him, an experience that he would repeat a thousand times, which came unexpectedly and which he accepted. without thinking about it with the desire to contribute to promoting and defending the cultural legacy of our country.

Q. Do you think that the transmission and defence of culture occupies the place it deserves in our society?

A. I do not know what happened to us that we have a critical and tortuous view of culture. You will die, I will die, but the flavour of our recipes, songs, movies, books, our fiestas will remain, everything survives us, we will die and the culture will remain. We are not aware of how important it is. Culture embodies the essence of a land and we have to value all the sources of culture that we have, even if we do not feel them particularly our own. From the happiest to the most intense, from the most festive to the most spontaneous, the taste, the smell, our music ... Sometimes we should be more French and value it more.

A. I have lived there and I believe that the French value their culture much more than we do, they are proud of their country and what makes them different. Here we do not get to feel that way, we may have to shed complexes and be vainer with our land, it deserves it.

Q. How has the culture sector been affected by the current situation?

A. Culture is what has entertained us when we have been at home because we all played movies, songs, books, even video games or made recipes. We have not been aware that culture has played such an important role. Now we should give it back, consume culture and share culture. It will take time to fill theatres, concerts or restaurants. 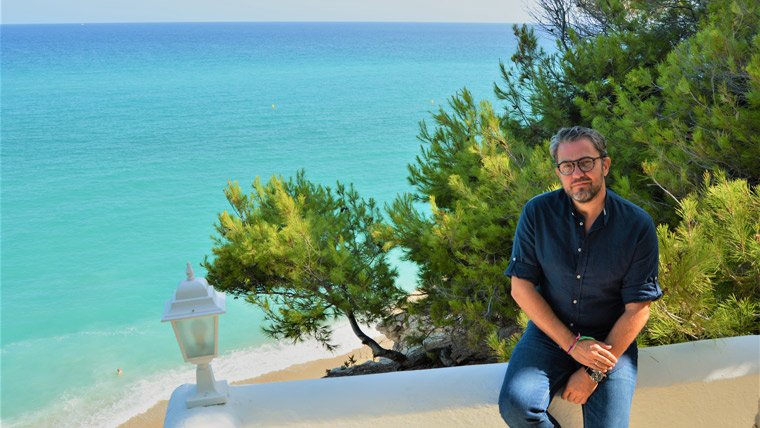 We say goodbye to Máximo, who admits that he came to the hotel with his swimsuit in his bag so that he could take a swim after coffee and thus enjoy our coves. He smiles and confesses that for him there is no place like the Costa Blanca and that there is nothing better for a summer day than not having to get up early and be able to spend all day on the beach, without rushing, enjoying good gastronomy, rice or horchata. The sun begins to fall and Huerta says goodbye with the promise of returning to visit us soon. It has been a pleasure.