Today’s we would like to mention one of the local fruits, that has the Denomination of Origin Alicante, here you will find the best harvest in the whole country, whose fame and prestige is spreading internationally. We are talking about the Mountain Cherry of Alicante, a product of very high quality which is at the moment in full season.

This delicious fruit is one of the most traditional crops of the Alicante and Valencian soil. In addition, the magnificent properties of cherries, are the reason why they are increasingly recommended by expert nutritionists. 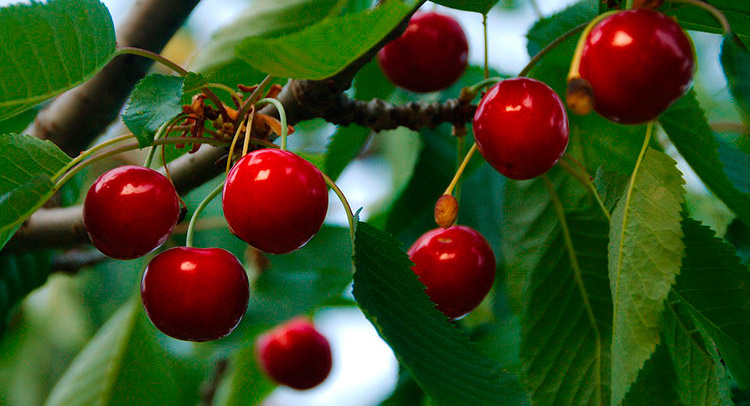 Cherries are exquisite in any form or presentation. Also, eating them fresh is a real treat for the palate.

The cherry tree was introduced by the Romans, who selected and improved their production. In this way, the cultivation of the cherries reached its maximum development in the zones of the Levante mountains in Arab times.

To get an idea of the many possibilities that this fruit has to offer, we offer some examples from the Hotel Servigroup Montiboli on how to prepare the cherries in the kitchen, using them as an accompaniment to a main course or as an essential ingredient in a magnificent dessert.

Pigeon supreme, spicy cherry chutney with a touch of kirsh

These are pigeon breasts cooked lightly so as not to ruin the tender pink flesh. They are made with a dash of slightly spicy chutney of cherries and touches of kirsch liqueur.

The pigeon, as is common in game birds, has a strong flavor that combines excellent with fruits like cherry.

The spicy touch is provided by the ginger, which in moderate amounts, gives the dish the quality of slightly heating the palate, without taking away fantastic flavor provided by the pigeon and cherry.

It is necessary to marinate the cherries with the Kirsch liqueur (that is the pomace of the cherry bone), which will always enhance its flavor. This fusion of spicy ginger, with the liquor culminates in a very characteristic flavor.  If you try it at our Emperador Restaurant, you will definitely be thrilled. 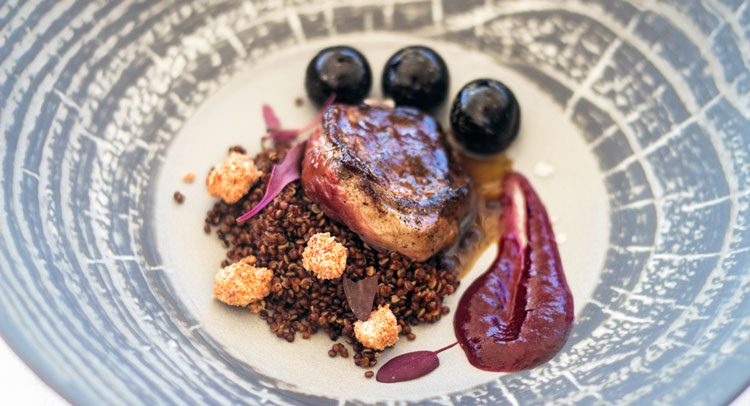 Clafoutis of cherries with aroma of anis and caramel of raspberries

Also served in the Restaurant Emperador of the Hotel Montíboli, this consists of a delicious dessert composed of a tempered cake with cherries.

It is necessary to aromatize with matalauva also known as green anise. All this accompanied with a liquid caramel of raspberries will give an exquisite finishing touch. The melting of the matalauva with the cherries really is a pleasure for the palate.

Clafoutis is a typical French dish that was traditionally made at home. 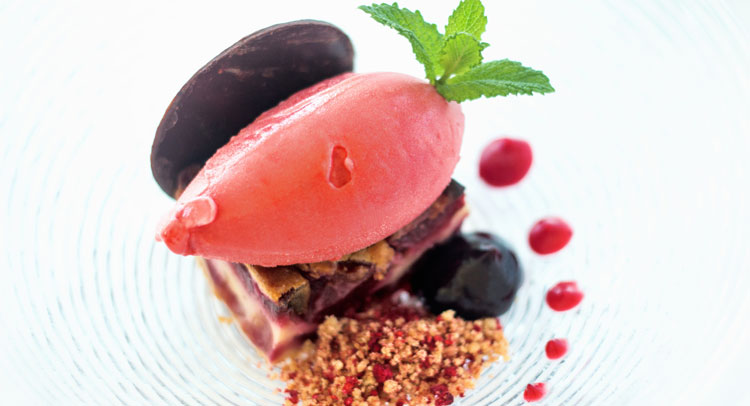 Characteristics of the Cherry

The characteristics of these varieties can be summarized with the following points:

- Shape: Round appearance, usually small, pointed at the base.

Cherries from the Province of Alicante

In addition, the north of the province of Alicante has a special agricultural climat characteristic for the cultivation of the cherry tree:

- It is one of the greater mountainous areas of the Valencian Community, with soils that have a high content in calcium carbonate and scarcely no organic matter.

- With a temperate Mediterranean climate available, with relatively cool temperatures. In fact, the average annual temperature is between 13 and 15.5 degrees Celsius.

- In this area, there is a greater number of precipitations than in the rest of the community.

For all this, we have an ideal environment for the cherry tree to develop in the best conditions. 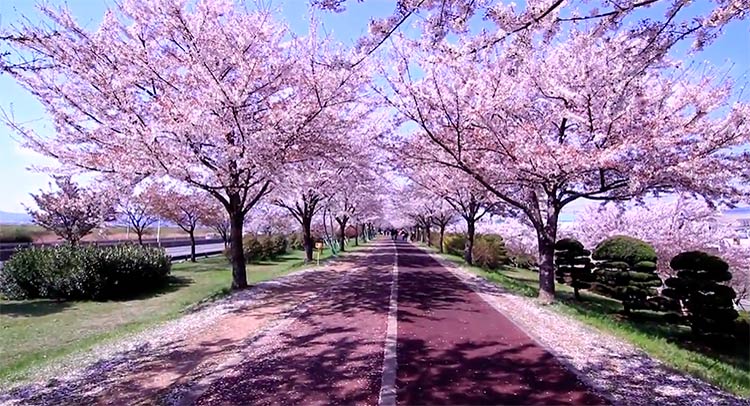 In many cases, the cultivation is in the hands of family farms, which have been providing Cherries since ancient times, to the Packing Plants of the area for their commercialization.

The highest production of cherries in the province of Alicante is located to the north, as well as in the south of the province of Valencia. It is concentrated around, the municipalities of Alicante, Agres, Alfafara, Almudaina, Beneixama, Beniarrés, Benillup, Cocentaina, Gaianes, Ibi, Muro de Alcoy, Penáguila, Vall de Alcalá, Vall de Ebo, Vall de Gallinera, Vall de Laguart, and Villena.

As for the production of cherries in Valencia, the main villages of the province for production are Bocairent and Onteniente (Ontinyent).

All these areas draw a lot of attention for the aesthetics, and colourful presence of cherries in bloom.

Will you dare to cook with cherries?