It is time for gunpowder, lights, music and joy, the Moors and Christians festival Villajoyosa 2018 are just around the corner, and we had the pleasure of interviewing at our Hotel Montíboli The Moors King of the Bedouins, Pedro Miguel Marcet Arlándiz (belonging to the Peña “Club” Els Pollosos) and the Christian King of the troop Els Catalans, Pere Soriano Llinares (belonging to the Peña L'espirot), who shared with us their great enthusiasm for these forthcoming Moors and Christians Festivities 2018.

As every year, the Moors and Christians of Villajoyosa enjoy their most important week, from the 24th to the 31st of July, fiestas in honor of the patron saint, Santa Marta, where the whole town along with visitors come together to celebrate some of the most striking festivities of the Valencian Community, replete with various acts and with the singular disembarkation in Villajoyosa which is the high point of the festivity. 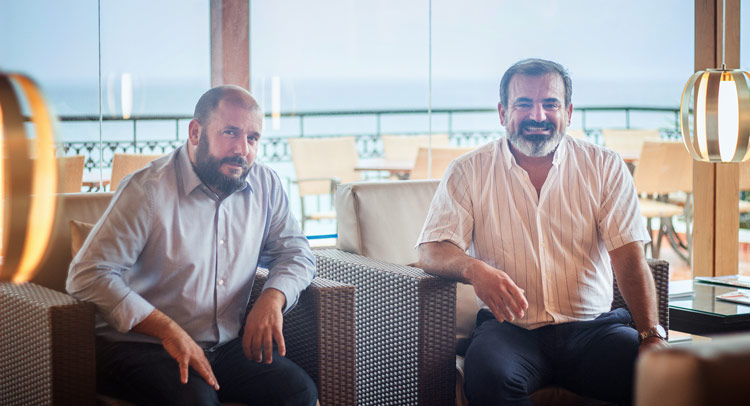 -Every 11 years a company has the honor of choosing its King. Did you think that your day would one day come?

MK: It always goes through your head because it is something that fills you with hope, but you never really believe it until the time comes and you apply for office. In my case, my father was the Moors King of the Bedouins, and I shared with him the illusion, the roots and that feeling for the fiestas and for what the position of the Moors King of Villajoyosa represents, which is a position that implies great words.

CK: Being the Christian King of the Fiestas in Villajoyosa is something that is only done once in a lifetime, although due to the degree of enthusiasm and involvement of the fiestas on previous occasions, I have held the position of Captain of my company, but this year is different we represent the whole town.

CK: Mainly it is with great pride to represent Villajoyosa and it is with great satisfaction to see you are highly thought of and protected by the people, the different fiesta companies and the family that supports you at all times. In my case my family lives this with you and very intensely, my two brothers in particular, from the first minute of my appointment have not ceased in their efforts to help me and they are even more nervous than me.

MK: My case is very similar, filled with enthusiasm and desire, without the family we would not be able to do anything, since all year round we attend events and celebrations constantly, to try to make the biggest and best fiestas possible and for this, the help of family and those around you is fundamental.

Acts in honour of Santa Marta 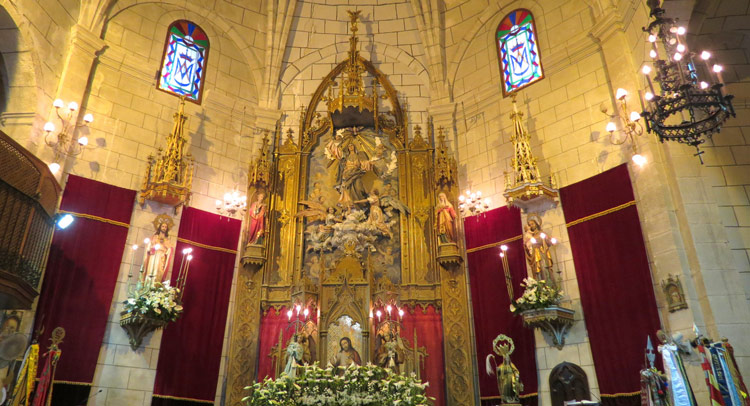 -What will this year bring us with the festivities and what acts would you highlight?

MK: During the Fiestas the highlight is the landing, as it is one of the most representative and emblematic events of the festivities and the embassy, but really the beautiful thing is to live the day to day, the meals in the barracks and enjoy with friends, neighbors and visitors any time throughout the fiesta. 24 hours a day of partying and enjoyment.

CK: I would also highlight the Moorish parade and the Christian parade, which are two of the most extraordinary and striking acts. For this year we have prepared many surprises, with different themes and new, but secret ideas, which we cannot reveal; There is still a lot of work to be done.

-The fiestas of Villajoyosa are in honour of Santa Marta?

MK: Villajoyosa fiestas are held in honour of the patron saint, Santa Marta and commemorate the events of 1538 when the Berber pirates commanded by Zalé-Arraez tried to attack the city.

CK: Yes, that’s right. As the story tells us, the Berbers came to the coast of Villajoyosa to besiege the town and Santa Marta came to the aid of the people of Villajoyosa causing a great swell that devastated the enemy boats preventing the Berbers from reaching the coast. As thanks, the people of La Vila named her their patron saint and it is to her that we dedicate these festivities.

The Landing at Villajoyosa 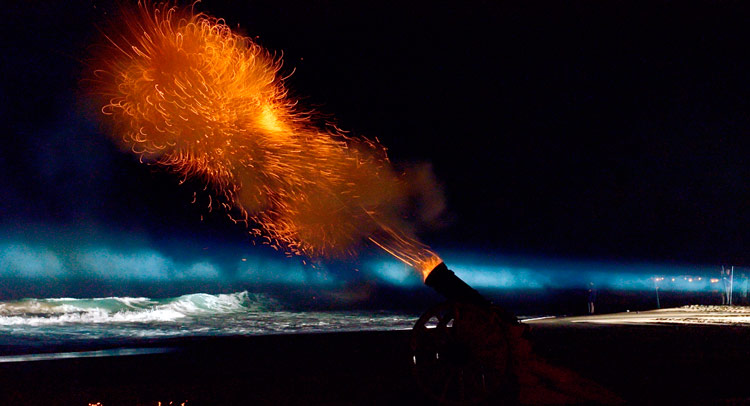 -¿How the long-awaited night of the disembarkation is lived by the 2 different sides?

CK: From the Christian side it is lived with great illusion. It's a great night full of emotion, full of partying, friendship, color, a night in which all your senses and feelings are sharpened, so we want to invite everyone to enjoy at least once this wonderful unique event, which is the landing of the Moors and Christians of Villajoyosa. In addition to falling on Friday this year, there is no excuse to be able to attend and live this with us.

The day of the disembarkation is a big day in which we defend La Vila, in the afternoon about 18:00, the Christian troops all gather, where we wait for the King, once he has arrived he then orders his troops to go to the beach where a group of Smugglers and Pirates Corsairs, despite the resistance of the Christian troops, arrive at the foot of the castle to join in the fight against the Christian side, and it is at that moment when the smugglers ambassador takes control. Later during the night, around 4:30 in the morning, the Christian army joins in the descent to the Christian camp, where at around 06:00 in the morning you will hear the general alarm on the beach with the arrival of the Moors emissary, his embassy and the subsequent disembarkation. After that, we the Christians begin the act of reconquest.

MK: The day of the disembarkation is a long-awaited day for the Moorish side, it is the big day, in which the Bedouin Embassy takes place in the afternoon and then that night the landing, so that day the party in the barracks is impressive since we are waiting for the moment to go to embark. The Moorish side went go to sea about 3:30 am to begin the siege of Villajoyosa and the conquest of the Christian castle. It is a unique act, the landing is a question of pride for the Moorish side, since it is our moment.

The disembarkation at Villajoyosa consists of 250 years of tradition and is one of the few landings of Moors and Christians that is reproduced at present, we are unique and we have many years of tradition, so we invite everyone to live this unique experience. 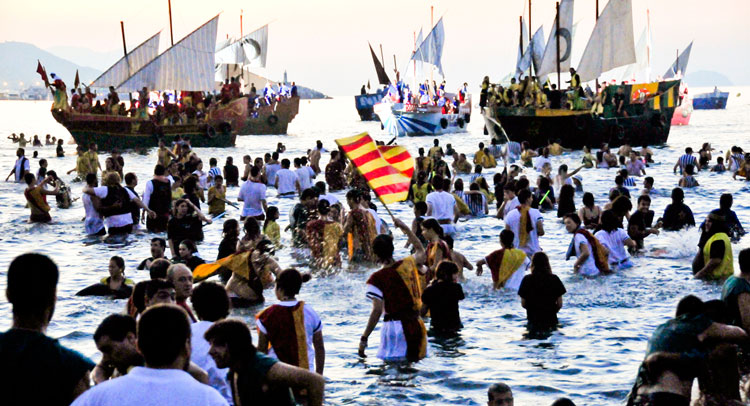 -What would you tell the people to be encouraged them to know and visit the fiesta?

MK: We invite everyone to come, join us and participate in the big festivities of Villajoyosa, we assure you that you will have a great time and you will certainly enjoy it. We would like you to be a part of one of the most beautiful festivals of Moors and Christians in Alicante and Spain.

CK: I would have encouraged people to come and enjoy the various acts of the festivities, such as the Christian and Moorish parades, the smuggler's cache, the Bedouin embassy, or the reconquest, an act of taking back. The truth is that all the events are worth seeing... and from July 24th to the 31st in Villajoyosa there is not a moment of waste, I think that if people come to see the festivities of Villajoyosa they will repeat for sure, it is almost impossible not to.

From July 24th to 31st you have an appointment with passion, honor, tradition, music, color, friendship... a date with the festivities of the Moors and Christians of Villajoyosa; Now You know... you're formally invited.

Do not miss the opportunity to visit Villajoyosa and observe its spectacular Fiesta this summer.