With an important investment in the improvement of its facilities, the Servigroup Montiboli Hotel reopened its doors on April 5th to welcome guests, for its new spring season, ready to successfully welcome Easter.

During almost five months of improvements, which have been used to give a general overhaul to the entire hotel. Which included the comprehensive reformation of the 26 rooms in the contemporary area, new bathrooms in the romantic rooms, renovation of the solarium surrounding the cliff pool, incorporation of fiber optics and improvement to the Wi-Fi network, replacement of LED lights both in the rooms and communal areas and another series of minor reforms aimed at providing greater comfort to its customers, while improving technology and energy savings for a greater respect to the environment. Yet to come is the incorporation of 46 additional parking spaces, which is planned for June.

We made all of these reforms keeping in mind all the comments and suggestions of our guests, with the goal of improving the quality of your rest. Our main objective is to make your experience at Montíboli something unforgettable.

We are without a doubt talking of a five-star hotel with an undoubtedly Arab-Levantine style, nestled in a privileged setting, on a cliff overlooking the Mediterranean Sea. A luxury for the senses, as all rooms are naturally bright, with large windows that allow our guests to contemplate the blue sea at all times. 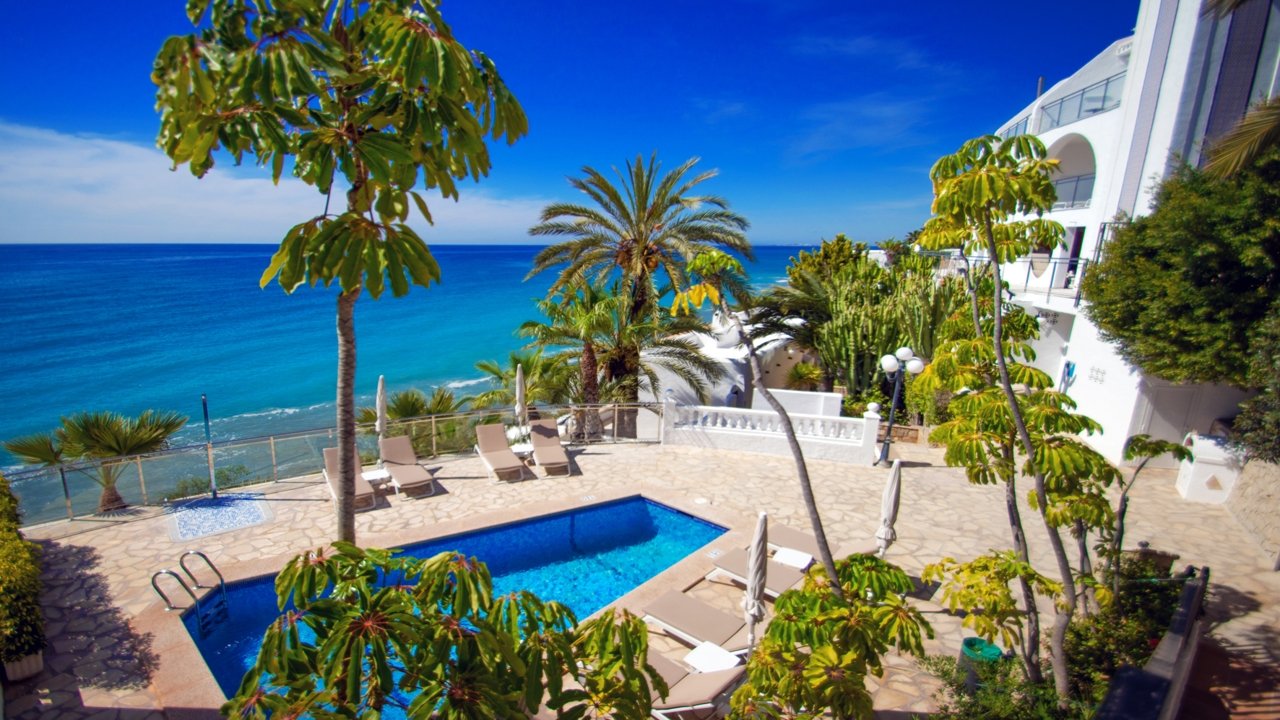 The Hotel Servigroup Montiboli is a very special hotel for Servigroup. Not only because it is the oldest hotel in the chain (last year it celebrated its 50th anniversary) but it is also an establishment full of history and illustrious guests. Its facilities have housed a large cast of outstanding singers, actors, athletes, models, politicians, etc. Characters such as Robert de Niro, Paul McCartney, Alejandro Sanz, Miguel Indurain, Norma Duval, Mecano, or Julio Iglesias, among others, have found in the Montiboli a relaxing refuge.

One of the most outstanding aspects of the changes has been the integral redecoration of the 26 rooms that make up the so-called contemporary zone, formerly known as the colonial rooms.

These are located at the entrance of the hotel, next to the "Patio de los Leones". They are influenced by sand and natural tones, which evoke peace and relaxation.

We had redecorated our Art Déco rooms entirely (before known as Modernas). These rooms, elegantly decorated, are provided with a wonderful view to the mountain and a perfect lateral sea view in order to enjoy a beautiful sunset from your room.

On the other hand, the romantic rooms, which are located on the cliff next to the Patio, over "l'Esparrelló" beach, also have fully renovated bathrooms. 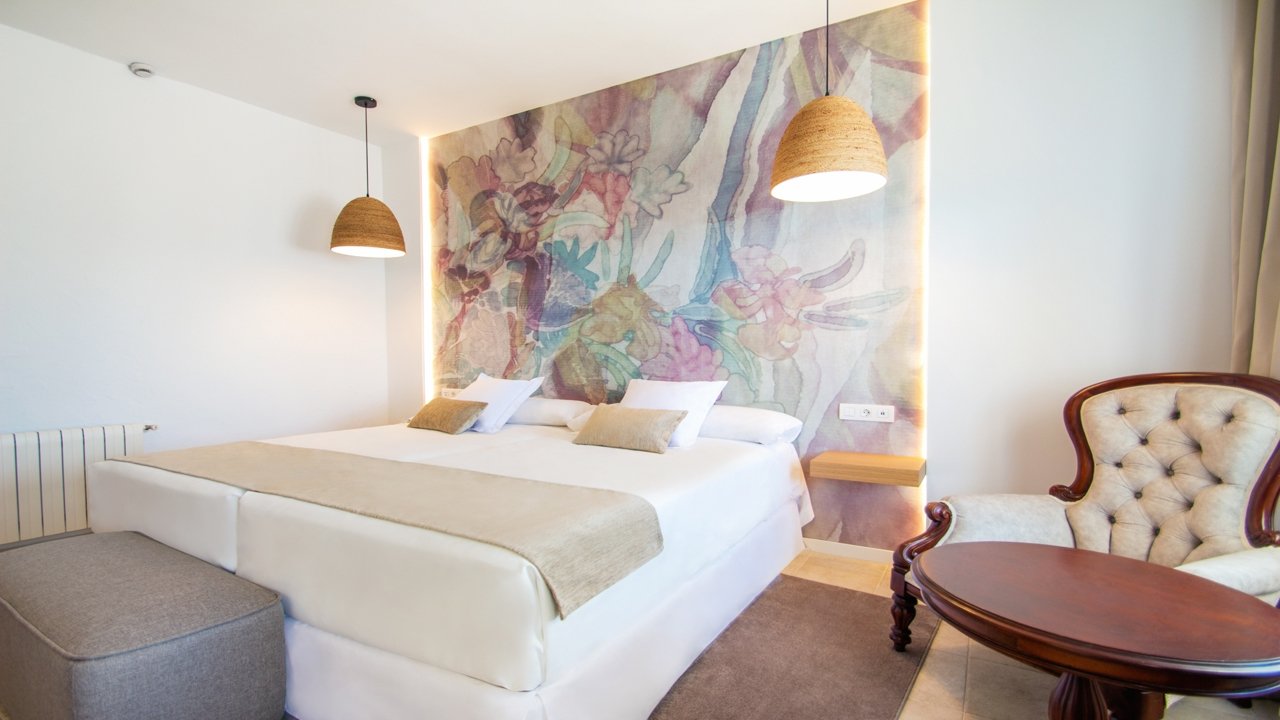 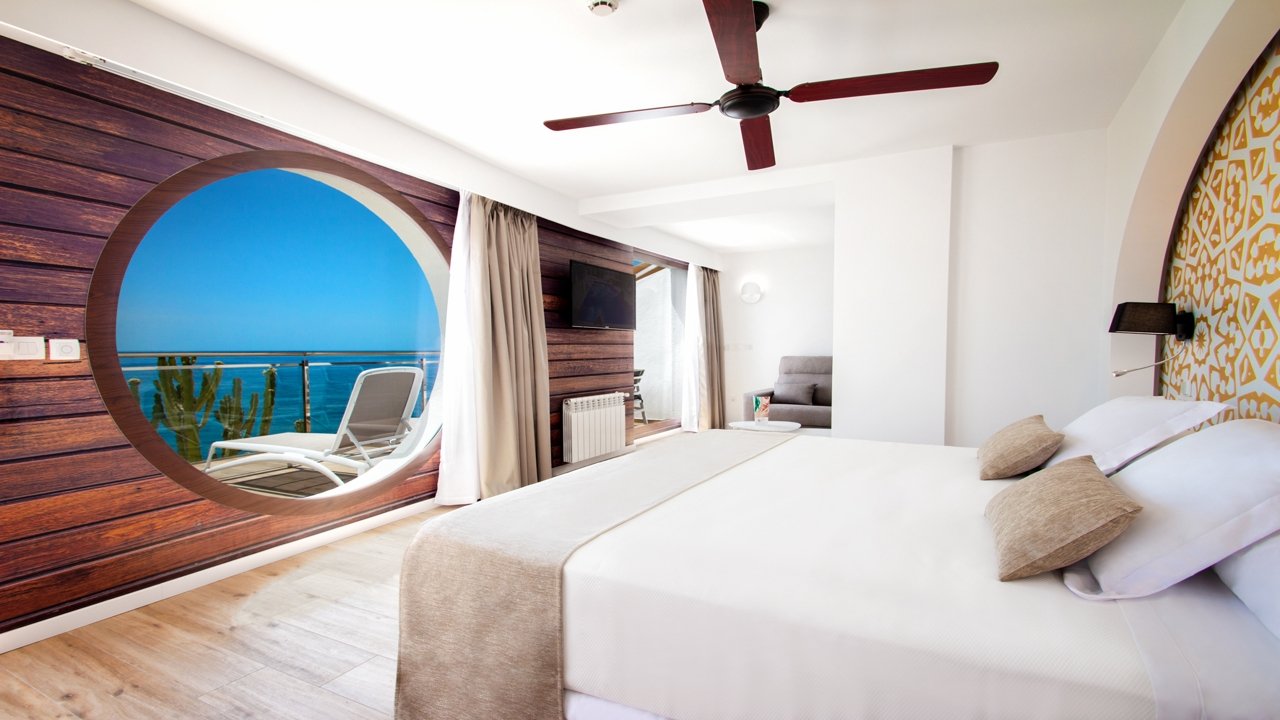 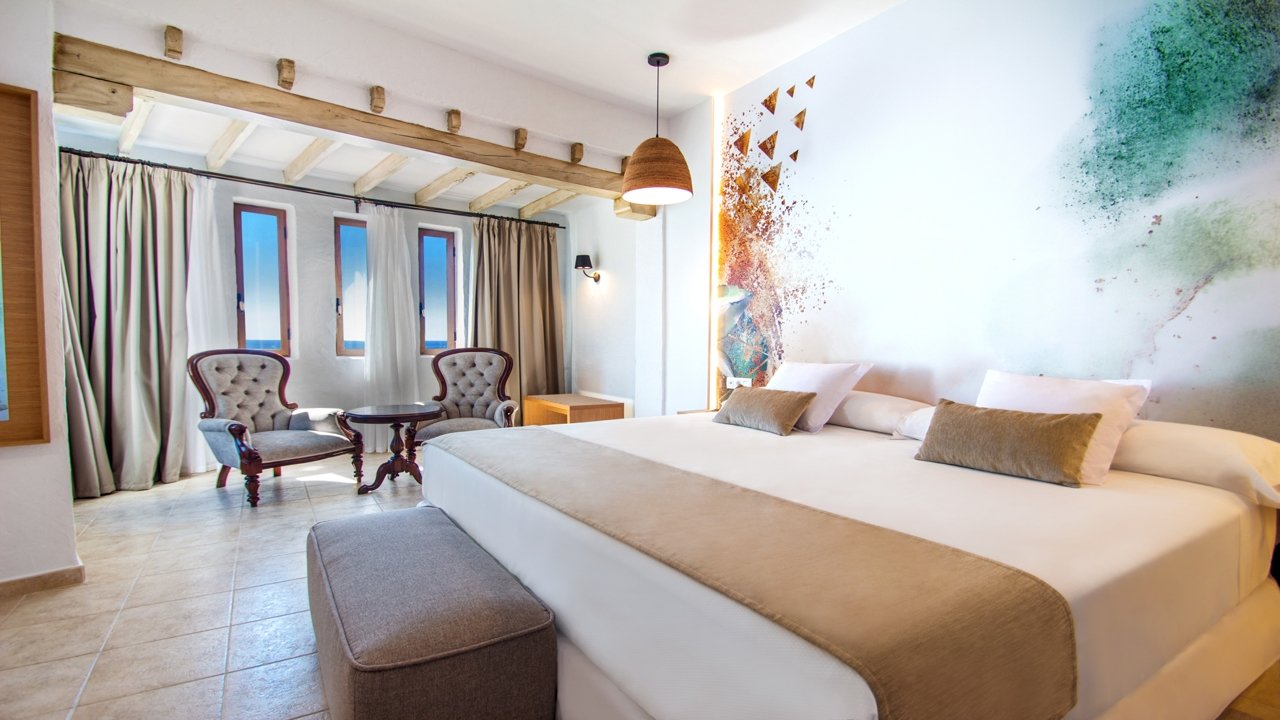 Our Contemporary and Art Déco rooms with living room had been entirely redecorated for the same purpose. This type of room is more spacious and is equipped with a living room for our guests.It is also worth mentioning that practically all the rooms have Smart TV, and by May they will also have a Nespresso machine in all the rooms of the hotel.

The hotel is in full renovation of two new two junior suites with a new decoration that evoke a (Nao Victoria and Nao Trinidad) sailing ship, in the so-called Romantic Zone, between the Bungalows and Torre Paradís, where previously there were three rooms. These are expected to be ready by Easter.

One of the main attractions of the hotel is undoubtedly its exquisite cuisine, headed by the Alicante-French chef Jean Marc Sanz.

Its varied culinary delights, allows the customer to choose between different options. The first option is in the Emperador Restaurant, a gourmet a la carte restaurant, where you can taste the chef's signature cuisine, delicious menus, the gastronomic buffet and the live cooking corner. In addition, the Montiboli also has a special menu for celiac diets available upon request.

Another attractive option, can be found in the Alhambra Terrace, next to the pink lounge, or in the La Proa Gastrobar by the pool, where you can taste the Mediterranean cuisine in a more informal atmosphere while enjoying incredible views of the sea.

The Minarete Restaurant is located right on the beach and offers and exclusive option for banquets and special events. 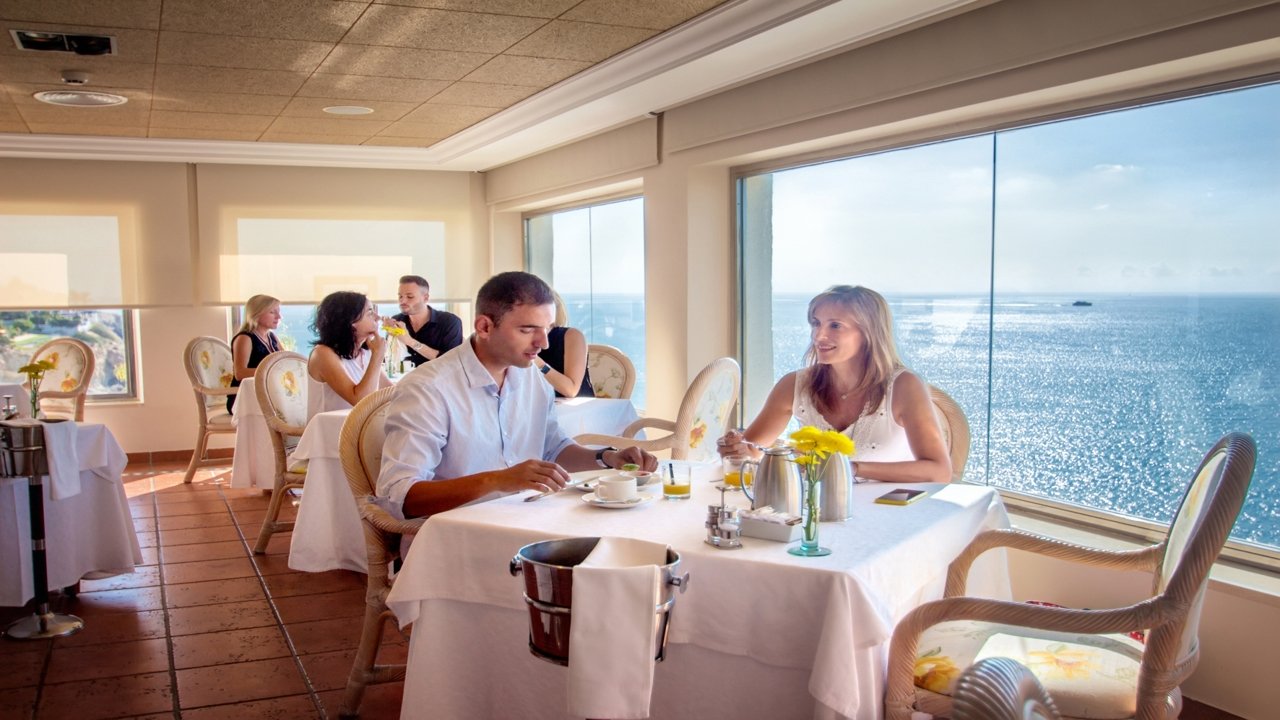 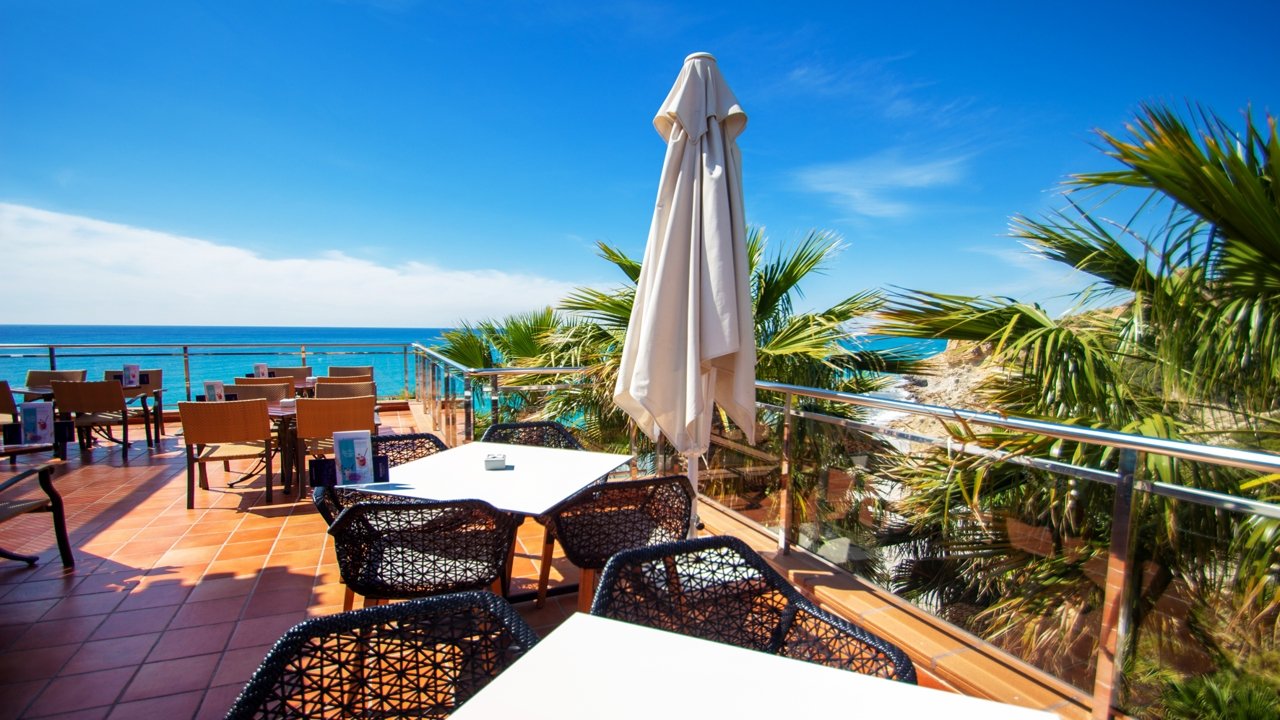 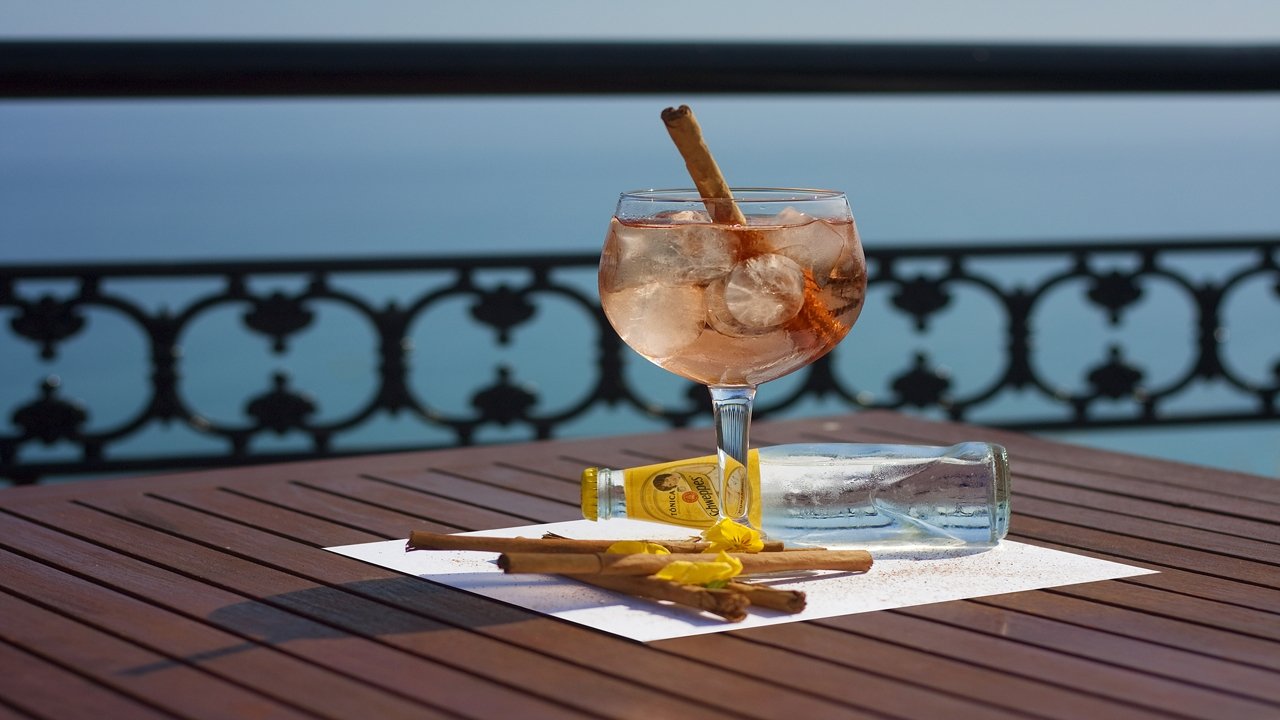 Much more novelties for your confort

Our Torre Paradís room and the Bungalows have been redecorated with white tones and wood details. As well as the Junior Suite, these rooms are especially spacious and are provided with a stunning sea view. 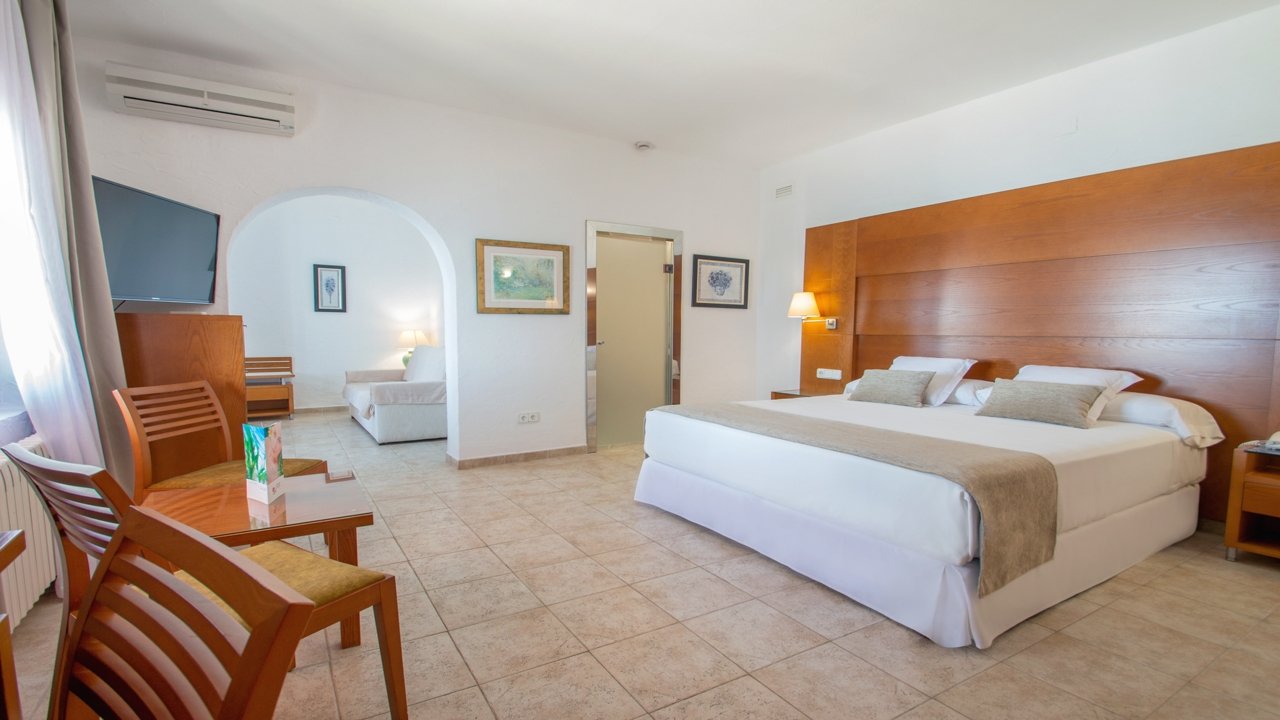 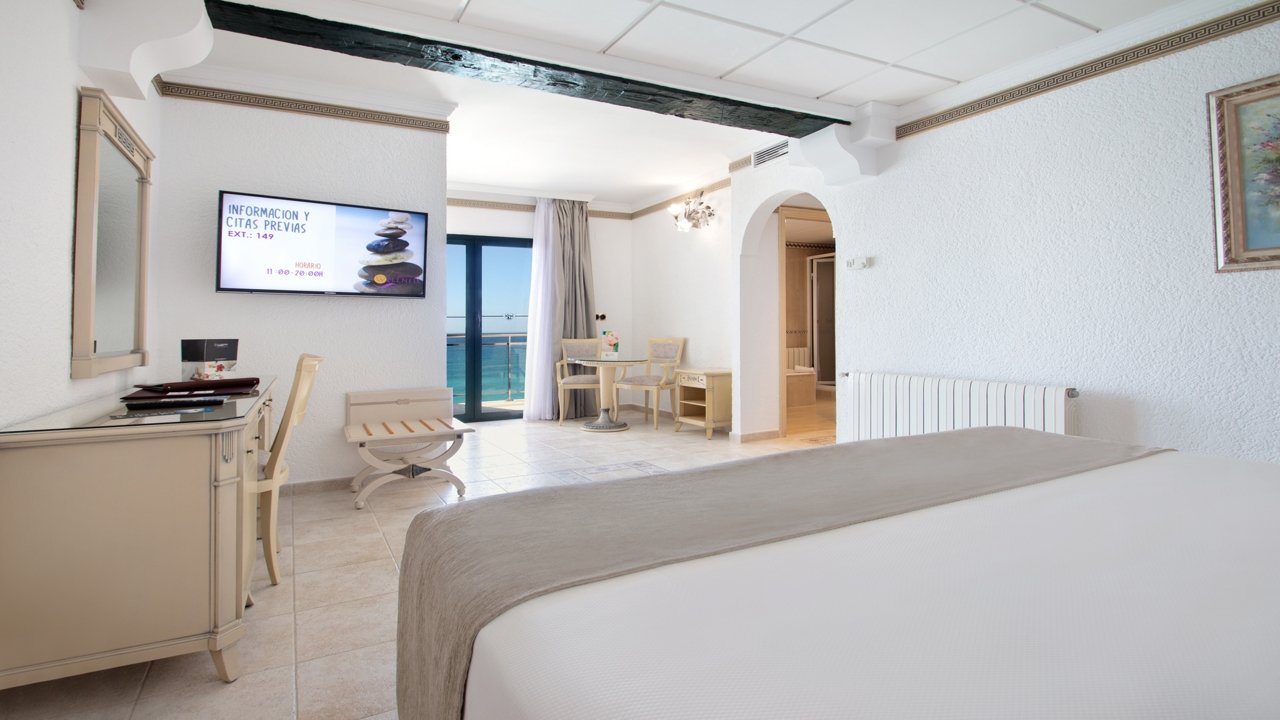